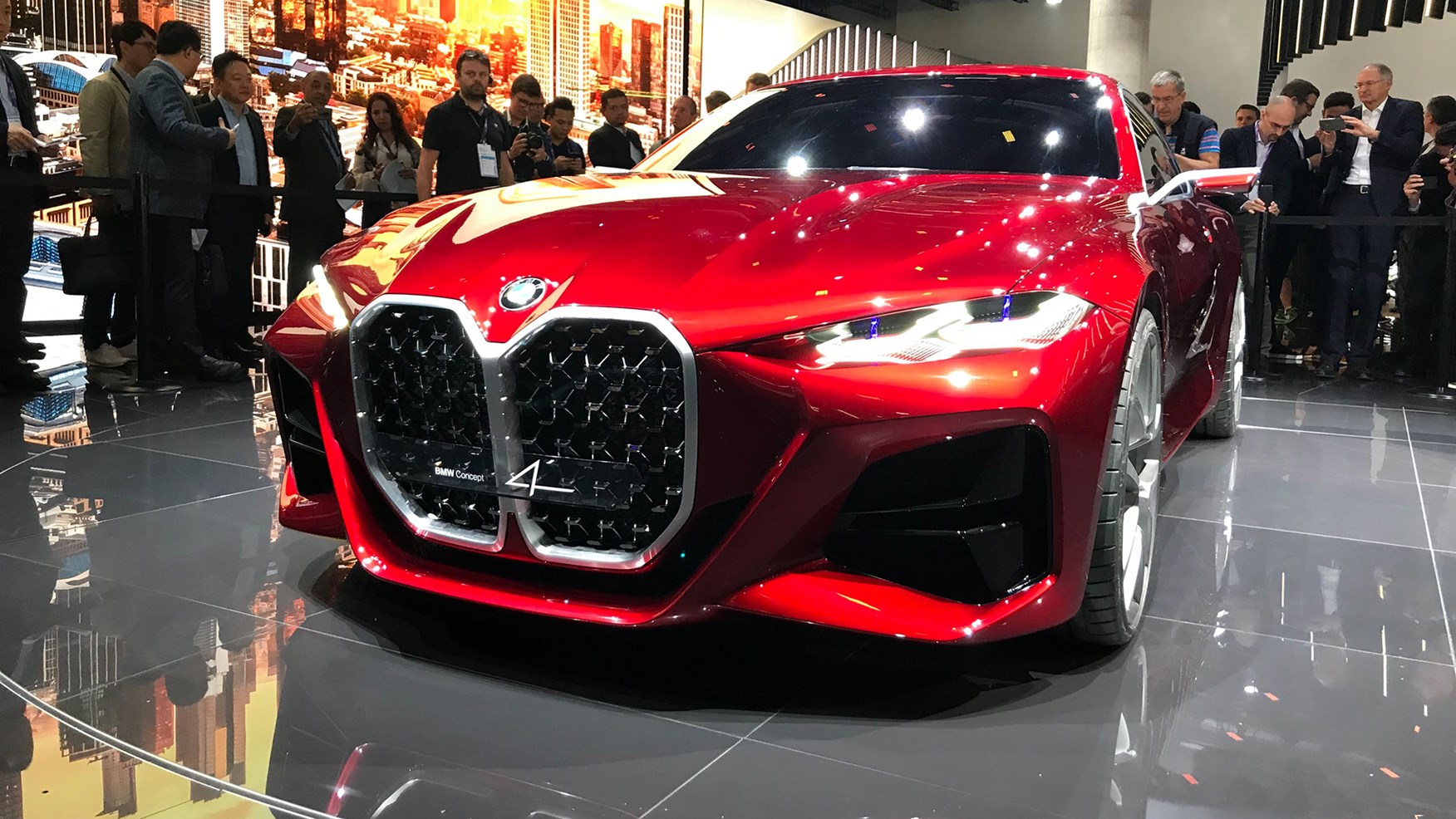 BMW has unveiled a conceptual version of its new 4-Series at the recently started International Motor Show Germany 2019. Many visitors have commented on the disproportionate-looking radiator grille resembling nostrils.

The next generation of the 4-Series is scheduled for 2020. It now looks like it might get a similar grille design to that of the BMW Vision iNext. Controversial though it may seem, it might as well not make it into production.

We expect the 2020 BMW 4-Series to inherit the general body outlines, the elongated hood, the sculpted sides and the headlights from its Frankfurt concept version. As for the 21-inch wheels, narrow-slit side mirrors, bulky rear diffuser and grille, these will most likely be dropped underway to the assembly line.

The designers claim the Concept 4 was stylized to look much like the iconic BMW 328 and BMW 3.0 CSi. We would add that it also takes much after the 8-Series.

No technical details are available to date. When the 4-Series goes into production, it will most likely get the same platform and tech as the 3-Series.