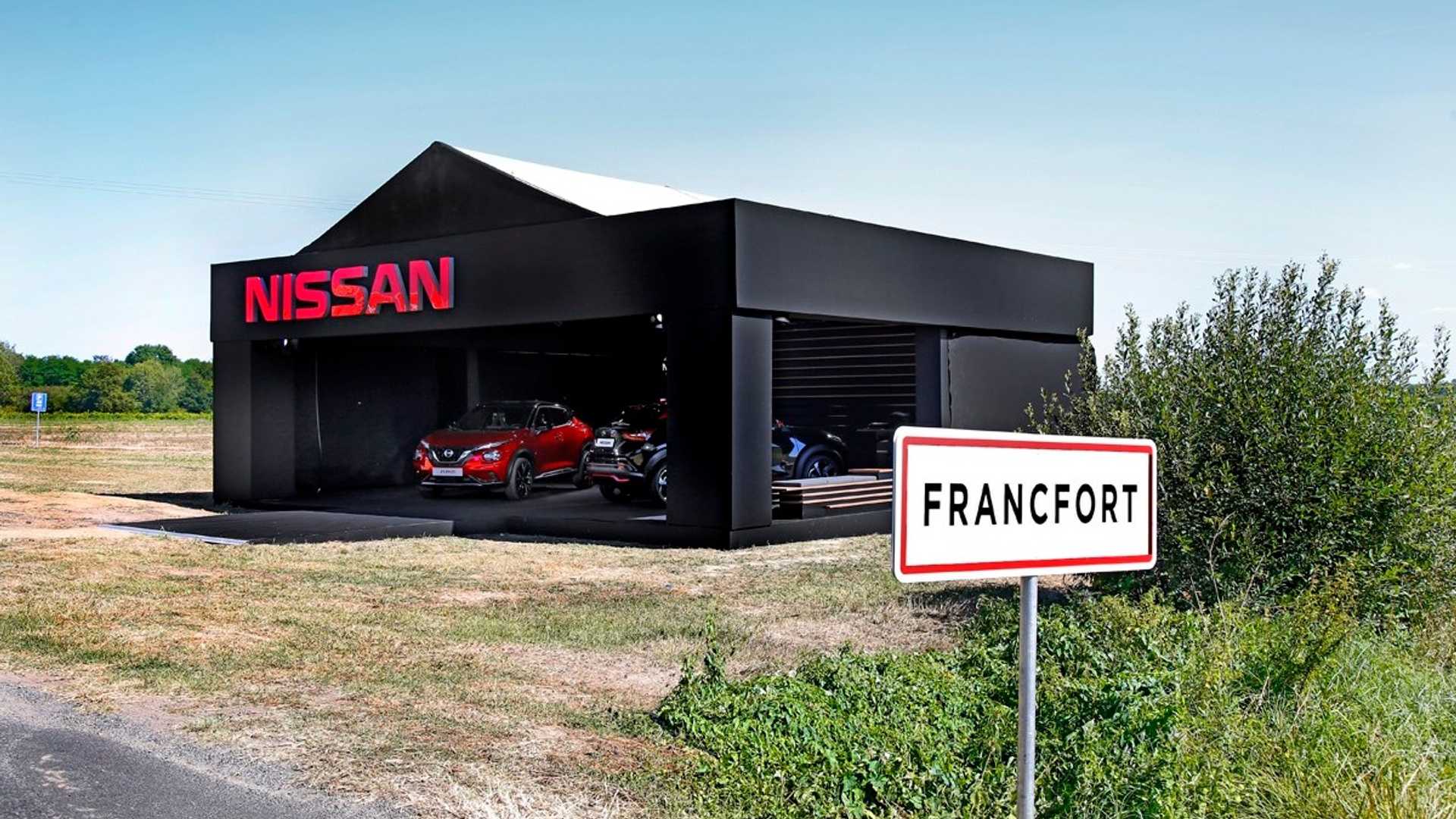 After Nissan waived participation in the Frankfurt Motor Show 2019, it went and organized its own automotive event in a tiny, isolated village of Francfort, France. It has even brought its 2nd-gen Nissan Juke there!

The ‘Francfort Show 2019’ was cleverly arranged, with invitation sent to all potential corporate customers in Europe, promises of gifts and a posh banquet. Despite all this, based on these photos, the Nissan Juke II exhibition stand in the middle of a grass field has only assembled twenty-something visitors so far.

The compact crossover has gained in size after switching to the CMF-B platform, and has become both lighter and roomier. It also received a new engine, redesigned exterior and cabin, and access to numerous options and accessories.

The basic trim now ships with a 3-cyl. turbo engine rated at 117 hp (87 kW), mated to a six-speed manual transmission. 7-speed DCT is available, too.

Sales in Europe will begin later this autumn.