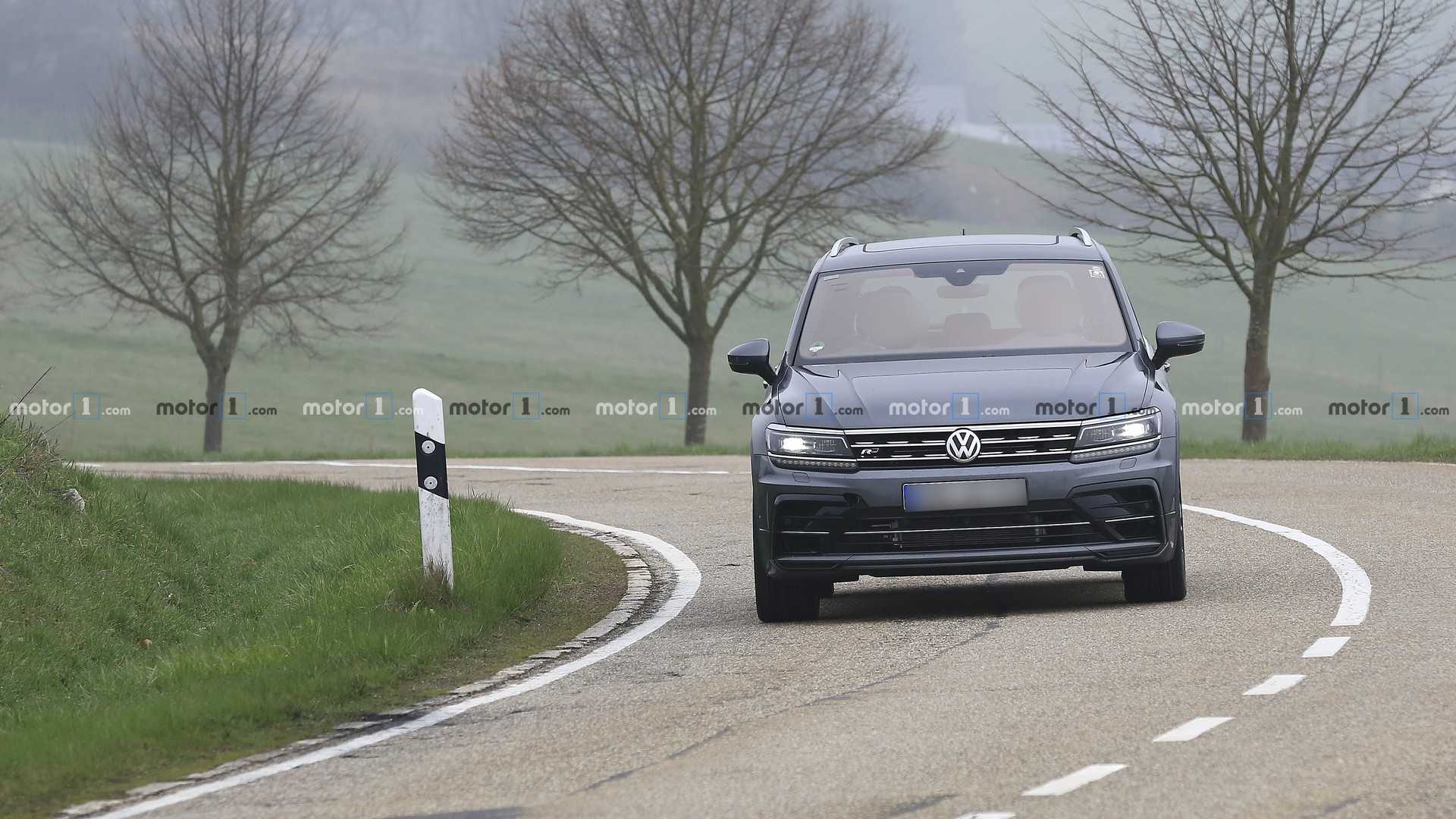 Judging by these spy photos, Volkswagen AG has been busy testing the 2020 facelift version of its Tiguan SUV – but don’t expect the ‘souped-up’ R version to debut anytime soon.

The German automotive giant has spent a few years polishing its next Tiguan R (see video), but admits that the car is still not ready. In the meantime, the T-Roc R compact SUV does a decent job filling the market gap from the absent R.

Speaking at the Frankfurt show, the company said the R won’t come out until at least 2021. Its first prototype version should be ready for debut next year, likely simultaneously with the reveal of the ‘regular’ Tiguan.

Contrary to popular trends, the Tiguan R will not be getting a hybrid version, VW states. Instead, it will get the old-an-proven 2.0-liter turbocharged four-banger mated to a seven-speed DSG and AWD. While the T-Roc R has around 300 hp (224 kW) at the crank, the more expensive Tiguan will likely have more power as well.

The next generation should emerge in 2022 with completely new styling. The company remains tight-lipped about the details, but some say it might even become a coupe-SUV.