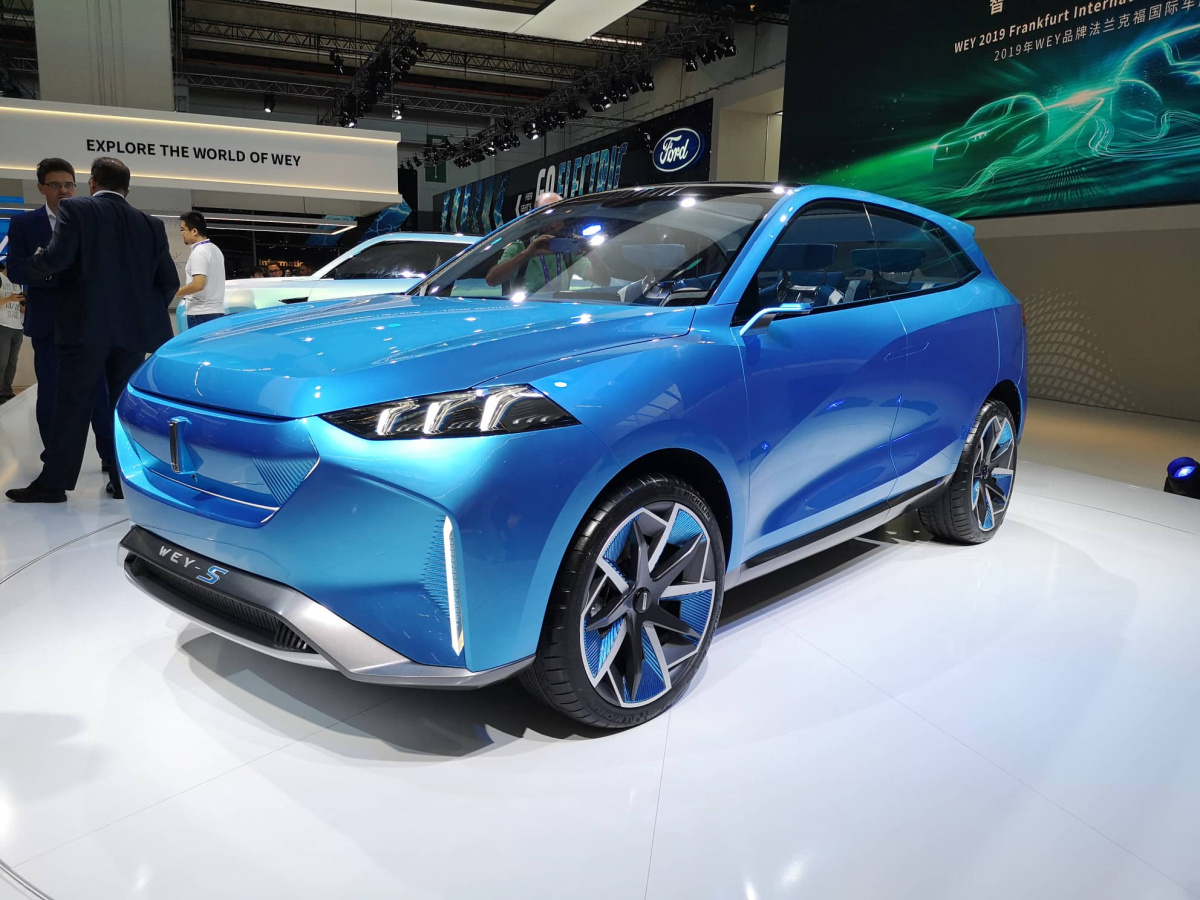 Wey, a Chinese car marque and part of Great Wall Group, has held what it called its most important premiere – a battery-powered crossover/SUV called the S.

This is the company’s second visit to the Frankfurt Motor Show. During its first appearance there in 2017, Wey debuted an SUV concept called the XEV.

Like its predecessor from two years ago, the new car is also a design study, but the company promises to release the second generation of the VV5 based on it. It does not specify what kind of features the production car will have, but we’d expect the concept version to lose its side view cameras, Level 4 self-driving system and suicide rear doors underway to the assembly lines.

The Wey-S in an AWD SUV powered by two electric motors jointly rated at 354 hp (264 kW). It needs less than five seconds to get from zero to 100 km/h (62 mph) and can travel for around 400 kilometers (250 miles) before charging becomes necessary.