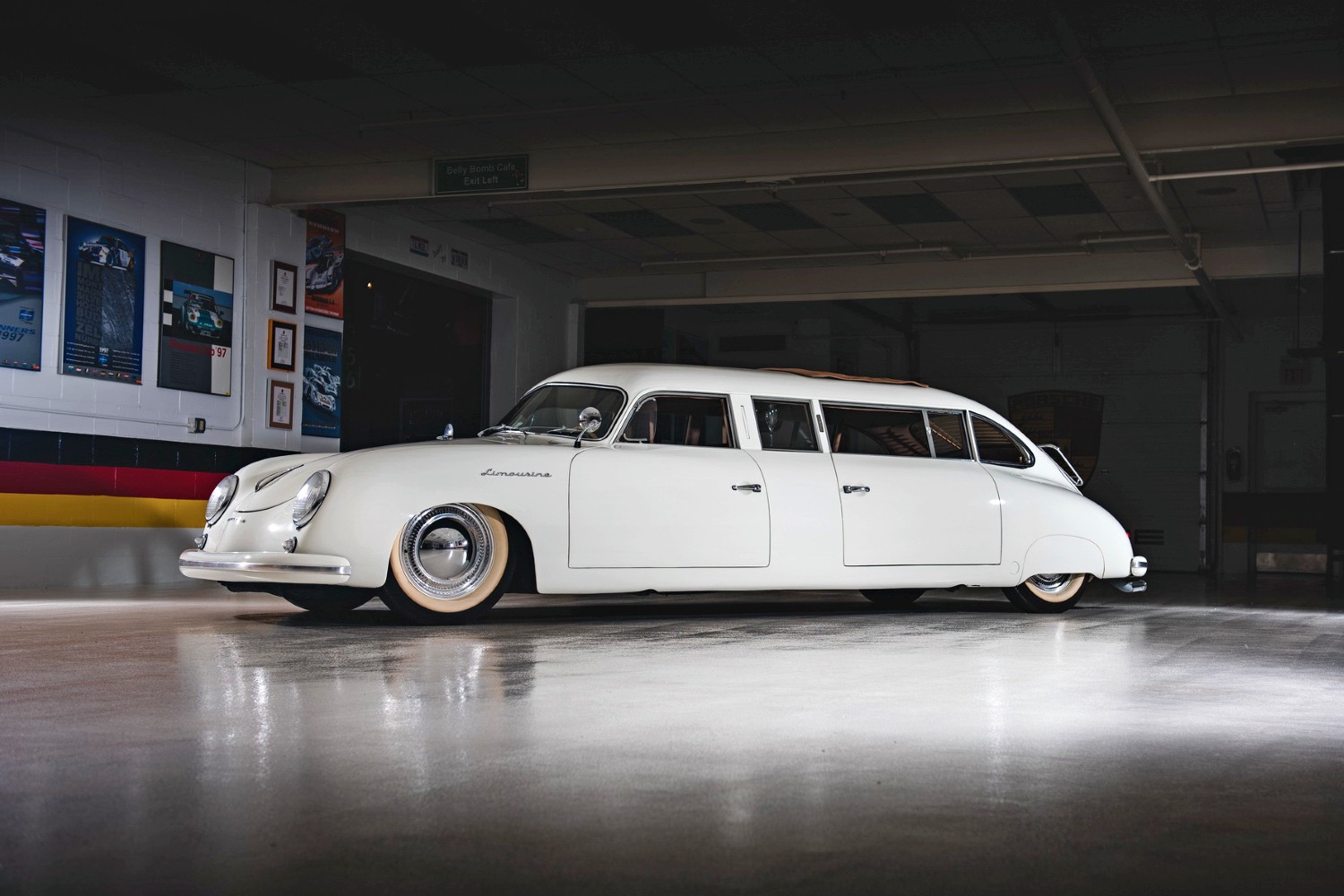 An auction has recently taken place in Dayton, Ohio, USA, dedicated to a large collection of Porsche cars that once belonged to John Dixon, one of the world’s greatest fans of the German luxury automaker.

The sale included quite a few interesting highlights, this unique Porsche 356 Limousine among them. In fact, the stretch limo was so unique and unusual, no one could quite figure out how much to ask for it. In the end, it entered the sales without a starting price. Things sorted themselves out soon enough, though, with the winning bidder paying U.S. $207,200.

Dixon dreamt of commissioning a custom Porsche limousine for his daughter’s wedding, so he paid coachbuilder Don Boeke to make one in 1953. The job entailed cutting a few standard Porsche 356 coupes and welding them together into a single body.

Large though the passenger compartment of the limo may seem, it is actually designed for only people. There is a partition wall separating it from the front passenger and the driver.

The tuner threw out the standard opposite four-cylinder engine in favor of a much stronger unit taken from a 912 Coupe and designed a new air suspension system from scratch for specially ‘smooth’ going.