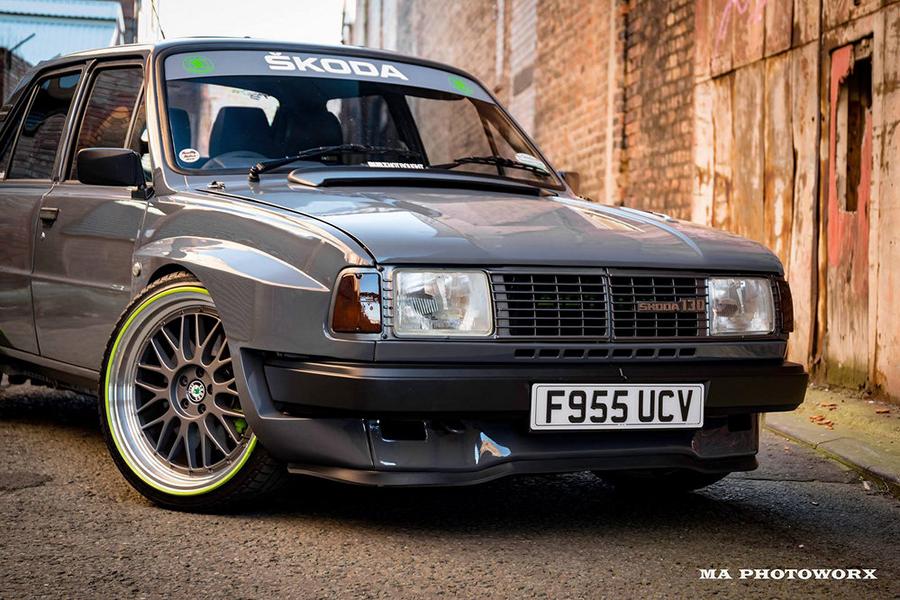 Truly worthwhile tuning releases have been coming a little bit slow lately, don’t you think? If you do, we have a fix just for you, right here. A 1984 Skoda 130 L (Estelle) turned by Steven Gibson into a restomod… of sorts. What’s the catch?

You probably have by now. What he actually did was take the first-gen Audi TT chassis and slap the Skoda 130 L body on top of it. Of course, this required quite a bit of fine metalworking surgery, cutting, welding and polishing. The end result looks so awesome, though, you wouldn’t suspect it to be two cars fused into one.

The large air intake in the hood cover is new, and so are the side panels and the fender flares. Despite this, the car still looks like an authentic 1984 Skoda 130 L (Estelle) – and a brand-new one, at that. Bravo!

Wrapping up the project is a completely restored cabin, which once again manages to combine eclectic design elements of various origins. Whereas the front seats and the center console are typical TT fare, the instrument panel is genuine 130 L. The steering wheel is a Sparco, and the rear sofa comes from owner only knows where (we hope).