Nissan proves you can dial the Kicks SUV up to 11, and it will look cool 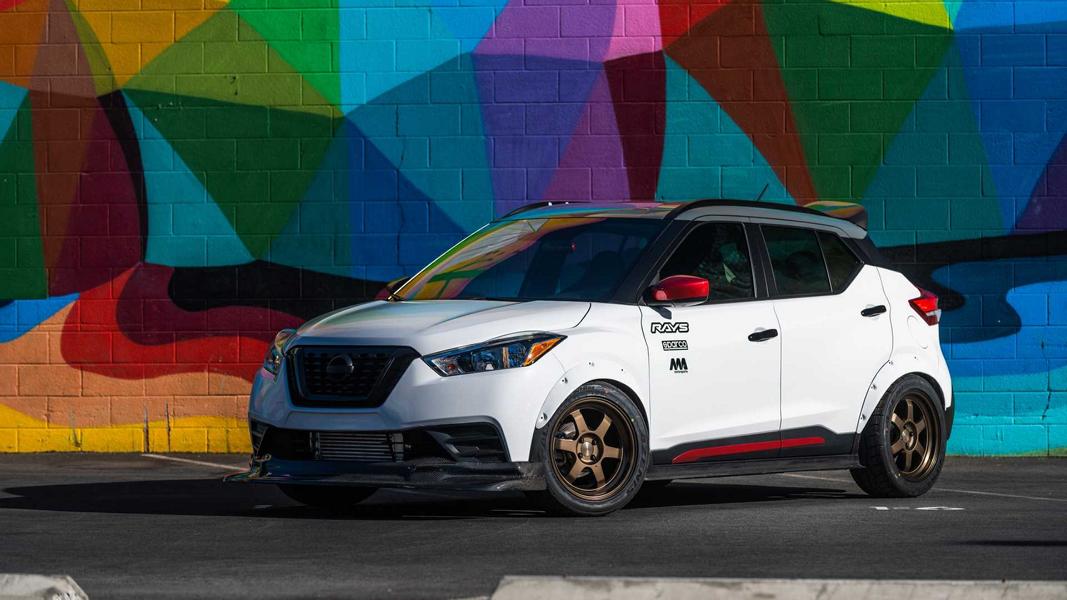 Just two days ago, Nissan and MA Motorsports debuted the Frontier Desert Runner, an extreme pickup truck born to conquer the sands of Sahara. Now, the duo has pulled a bootlegger reverse and revealed a beefed-up… 2019 Kicks Street Sport.

Some of you are probably thinking, ‘Eh, what’s there to customize in a soft-roader with 1.6 liters of displacement?’ Apparently, a whole lot.

Second, the suspension has been upgraded with high-end Nismo and Öhlins components, and the engine now packs a high-end Garrett turbine charger along with countless other mods. The exact performance numbers are not available, but we’d imagine it to have risen from the stock 125 hp (93 kW) to around 275 hp (205 kW).