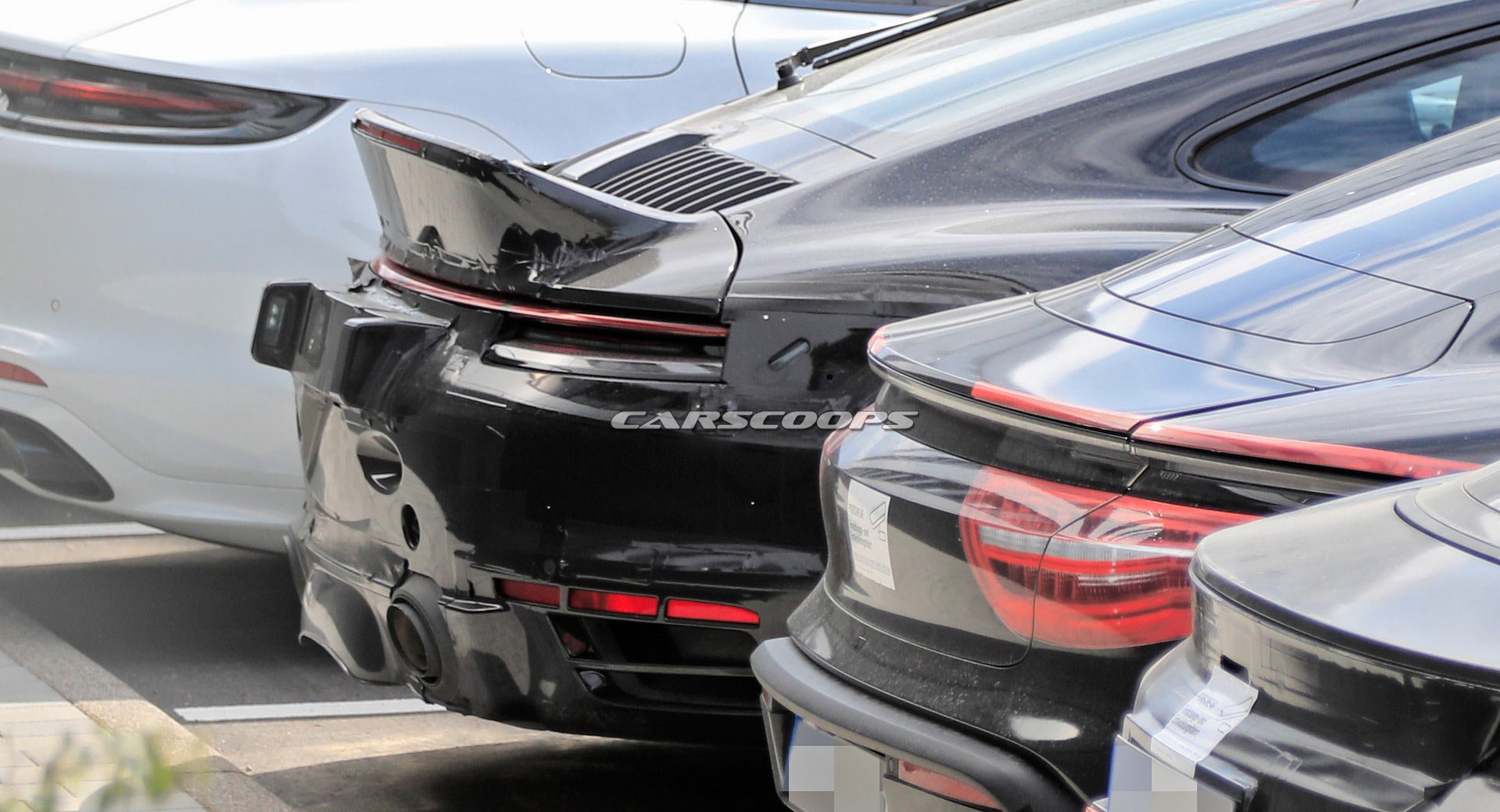 The main highlight is the ducktail spoiler that references the 1973 911 Carrera 2.7 RS (Rennsport). The car packed 210 horsepower (164 kilowatts) and was launched to homologate the production processes of the same-name racecar.

Porsche released another similar series like this based on the 997 variant of the 991 ten years ago (see the video). It received the 3.8-liter 911 S boxer engine boosted to 408 hp (304 kW) and could run 0-100 km/h (0-62 mph) in 4.6 seconds (0.1s faster than stock). It featured a custom intake manifold, lowered suspension, 1970s-style wheels, and a unique cabin trim by Porsche Exclusive. Further technical upgrades included the six-speed manual transmission and the abovementioned ducktail spoiler. Interestingly, the entre run of 250 copies has been sold out in pre-orders within two days.

More recent retro-inspired projects include the 911 Turbo Classic Series (unique), the Heritage Design option package for the 911 Speedster, and the 935 racecar stylized to resemble the 1978 Moby Dick. Tuning firm Lanzante also resurrected the Porsche 930 TAG Turbo series dating back to the 1980s.