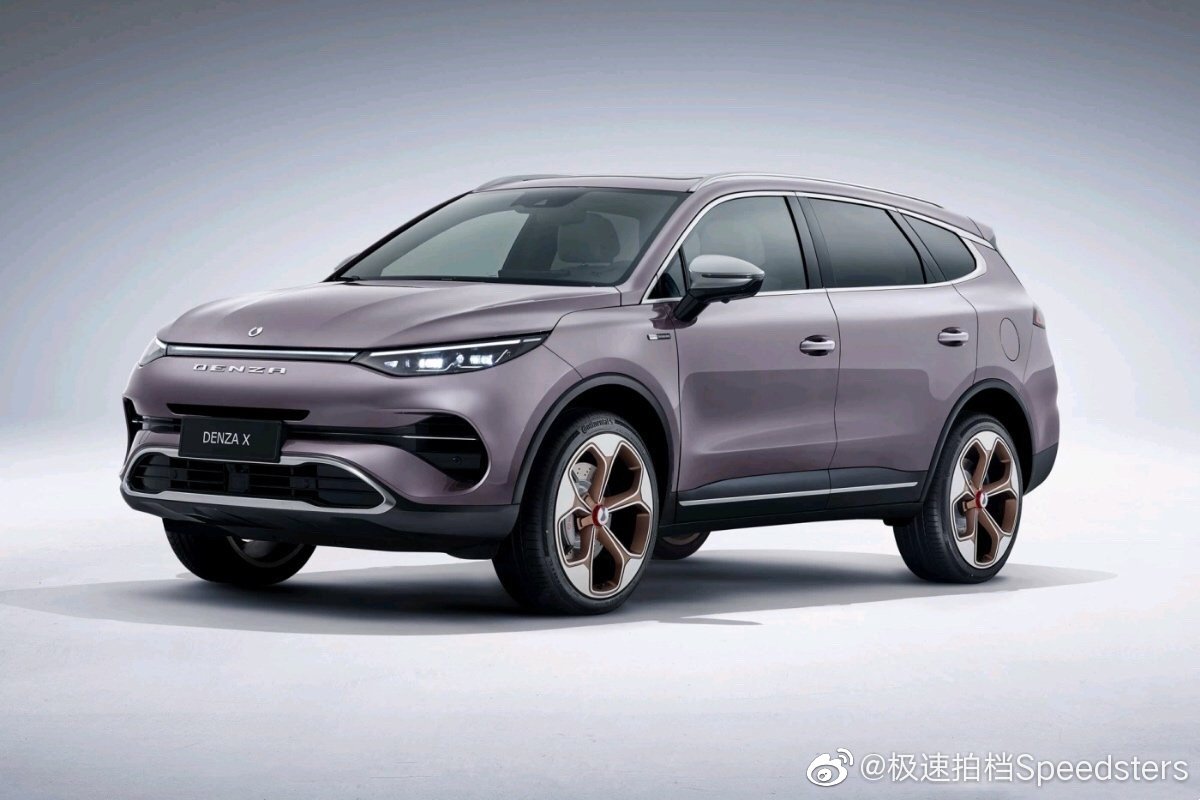 Denza, a car marque co-founded by Daimler AG and BYD in 2012, had originally been envisioned as a pure EV manufacturer. However, the company has only produced a single mini-sedan/saloon called the Denza 500 so far, which has sold a meager 1974 copies. Things may yet change with the yesterday’s reveal of the Denza X.

The interior also reminds of the donor, but has a more distinct Mercedes look. The multimedia screen measures a whopping 15.6 inches across, the digital dashboard hardly lags behind with 12.3 inches, and the gear joystick is now fixed.

The finish and equipment lists are both pretty rich, involving natural leather, ventilated front seats, contour ambient lighting, and a panoramic roof. There is a Mercedes-style dedicated console for seat adjustments, as well as turbine-shaped air blowers and ornamental wood inserts. Just like the donor, the Denza X has three seat rows.

The model will initially ship as a plug-in hybrid with a BYD-made powertrain under the hood, composed out of a turbocharged gasoline V4 with 192 hp (143 kW) and a six-speed DSG transmission with a 150-hp (112-kW) electric motor built into it. This hybrid system sends all of its power and torque to the front axle, whereas the rear axle benefits from its own second electric motor rated at 245 hp (183 kW). This configuration enables the heavy SUV to sprint from zero to 100 km/h (62 mph) in less than five seconds.

Later on, a fully electric variant will join the range equipped with just the abovementioned 245-hp electric engine. It will offer 500 km (310 miles) of NEDC-rated range.