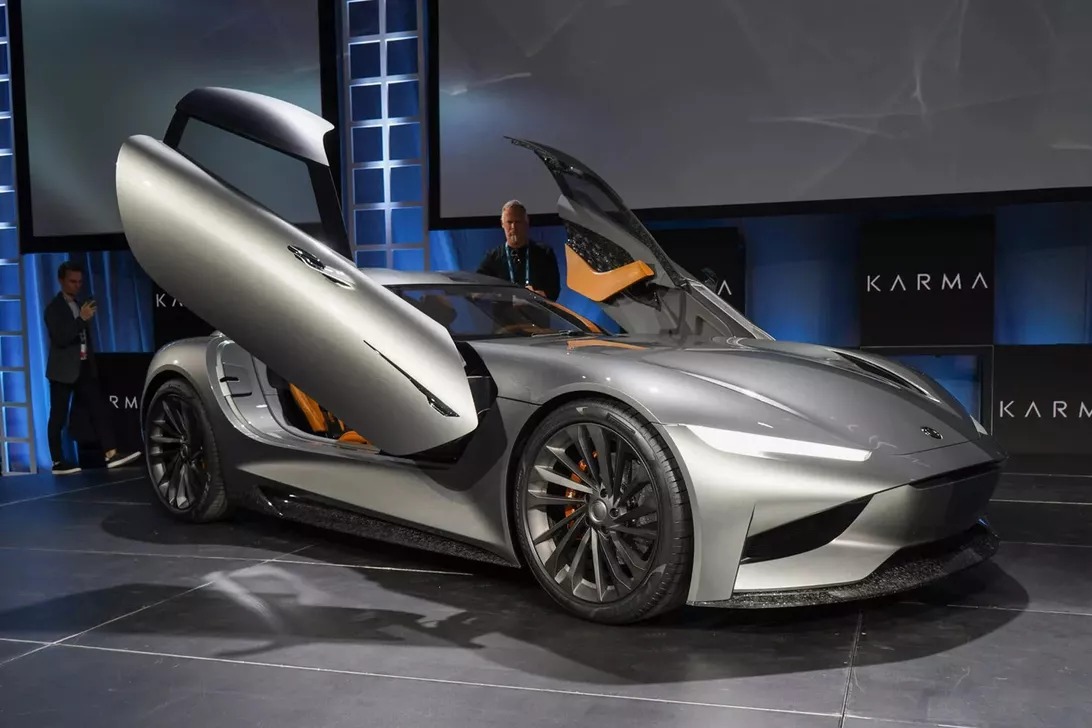 Karma Automotive has come to the Los-Angeles Auto Show with its two-door, coupe-shaped super EV concept called the SC2. The car delivers 1,100 hp (820 kW) to the ground.

The powertrain consists of two engines mounted one per axle. A 120-kWh traction battery supplies the power, enabling the car to bolt from zero to 60 mph (96.5 km/h) in just 1.9 seconds and cover up to 350 miles (563 kilometers) on a full charge.

Predictably enough, the concept takes advantage of Karma’s latest proprietary tech, such as the fingerprint scanner, the face recognition system, the 3D speaker set, and the biometric scanning system built into the steering wheel and seats.

Another interesting feature is the ability to tell the parked car to ‘replay’ its last route. An on-board AI system records your latest trip, including all the sounds, turns, acceleration telemetry, and other attributes. This enables you to review it later using a laser image projector.

Karma claims the SC2 will eventually reach the mass market, but does not specify when.