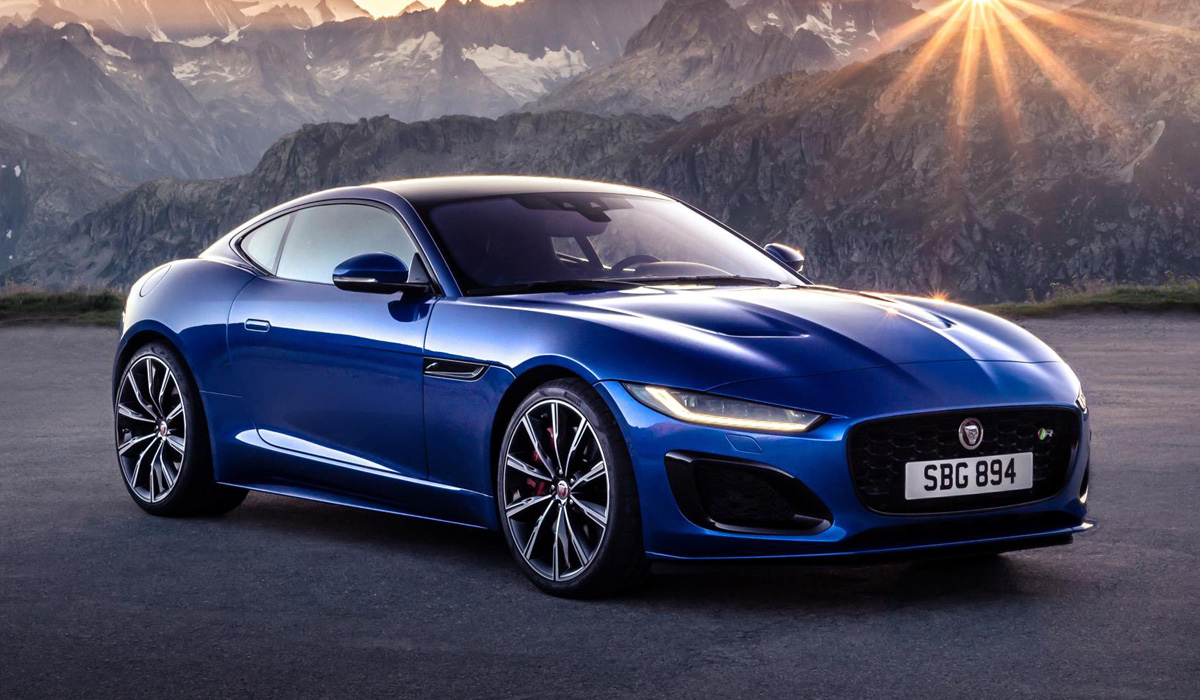 The Jaguar F-Type sports car series, which had been around since 2013, received its mid-generational update today. Contrary to what rumors claimed, it did not get any kind of BMW powertrain.

Outside, the main novelty comes in the form of a completely redesigned front fascia, now looking much more like the other Jaguar vehicles. The headlights are now slim and long, the bumper and the hood cover are new, and the radiator grille is also considerably different. At the rear, the diffuser has been slightly retouched, and the taillight pattern is new, but the rest remains stock.

Inside, a 12.3-inch digital dash now occupies the place where the analog instrument panel has been. The infotainment system is also new and now supports OTA updates.

The transmission is eight-speed automatic, and the standard F-Type comes rear-driven. The F-Type R boasts permanent AWD, and all trims in between these two ship with a choice between RWD and AWD.

The chassis also gains a few improvements here and there. These include new suspension springs, shocks, and stabilizers, as well as revised steering. The company claims it has used the ultra-fast XE SV Project 8 to improve the handling of the new F-Type series. Funnily, the exhaust system now boasts a ‘Friendly Neighbor’ mode that mutes the engine rumble during initial ignition.