The S302 Black Label is an 800HP, Saleen-tuned Mustang 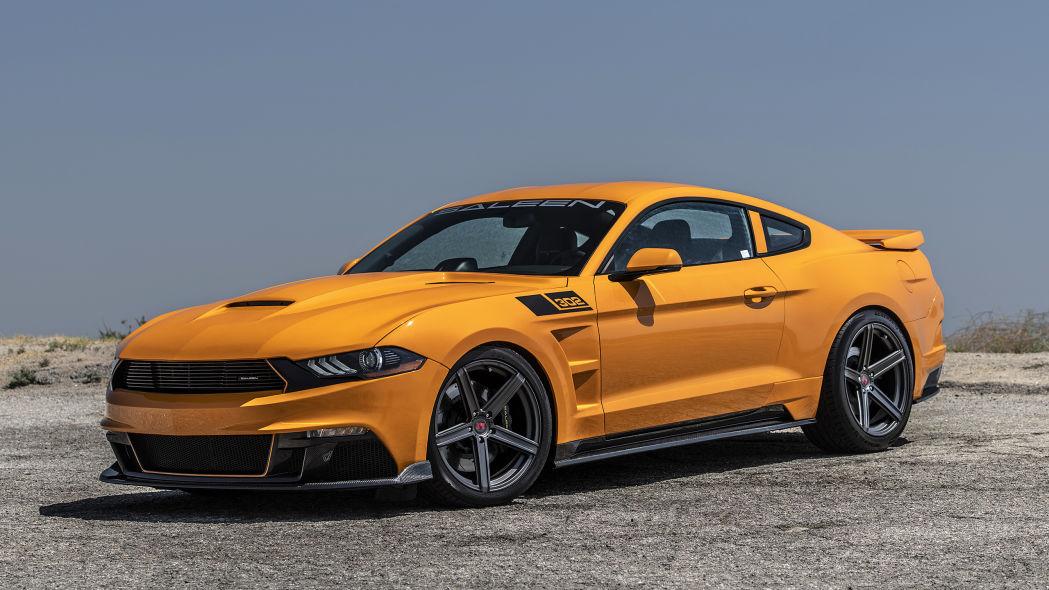 It has been a while since we heard from Saleen Factory, but naturally, the U.S.-based tuner has been busy all along and released quite a few interesting things in the meantime. For now, let us look at this 2019 Ford Mustang reimagined as the S302 Black Label.

The company takes the TI-VCT V8 variant of the Mustang as a starting point and carries out a massive performance upgrade to bring its output all the way up to 811 PS (800 hp, or 596 kW). This makes it stronger than the Shelby GT 500 and even comparable with the Shelby American GT500 Dragon Snake!

Outside, though, there is little to tell the modded Mustang from the stock one. The front spoiler looks sportier, sure, the skirts have been lowered and the wheel arches widened. The hood cover boasts new air intakes, and there are a new diffuser and rear wing at the back end. Other than that, the style of the kit mimics the original to the point it takes a second look to notice the difference.

The car boasts an orange paintjob and rides on five-spoke forged rims measuring 20 inches in diameter.