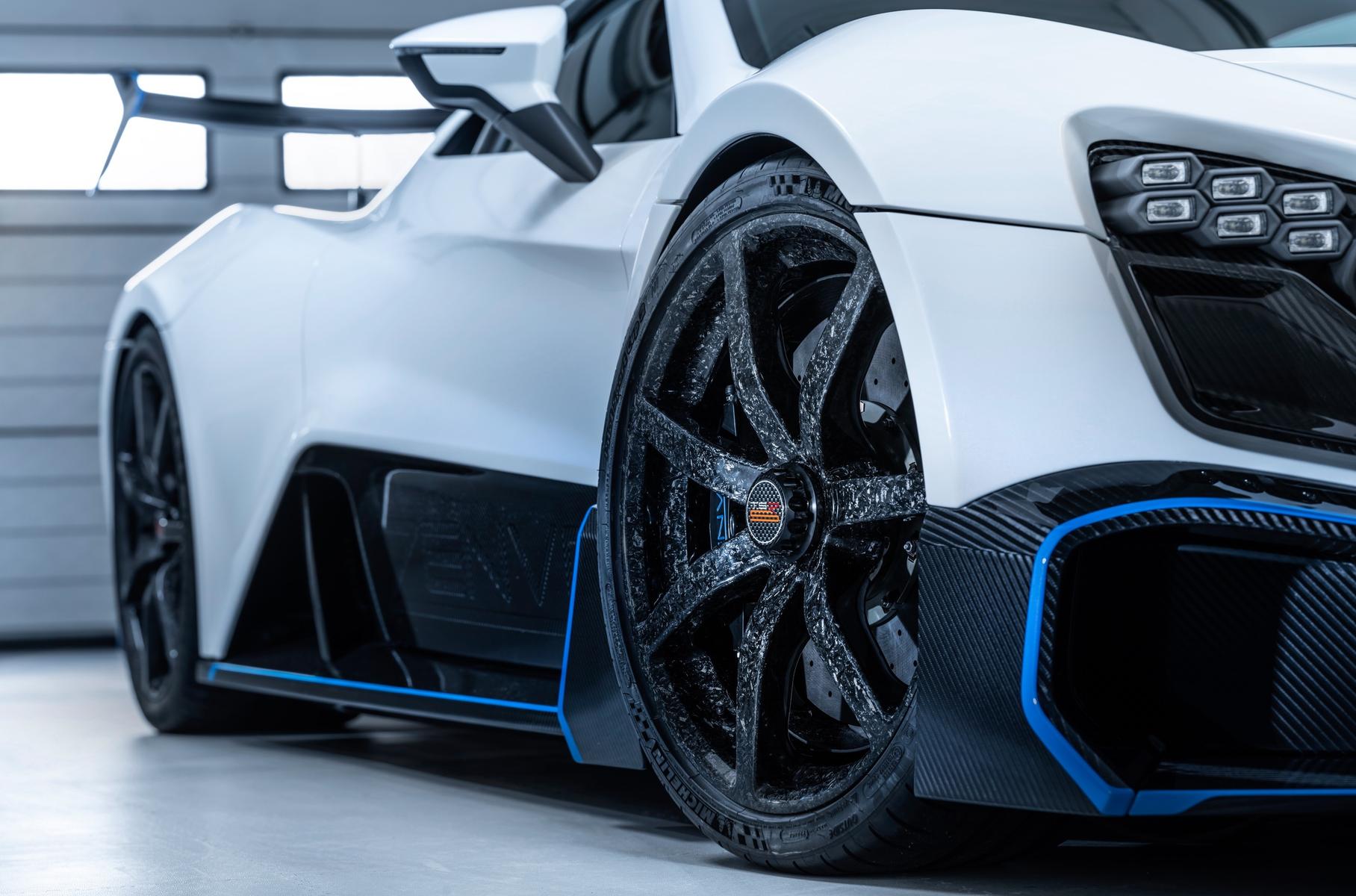 Danish supercar maker Zenvo Automotive has revealed some details about its upcoming street-legal hypercar, the €1,500,000 TSR-S.

The vehicle comes equipped with the previously revealed, uniquely designed rear wing with two inclination axes (can adjust its attack angle and position relative to the turning point). Newly announced features include carbon-fiber composite bodywork and ‘fragmented carbon’ wheels that are 15 kg lighter than an aluminum set of the same size.

The car also boasts a seven-speed sequential ‘dogbox’ transmission that supports Road and Race modes. The former smooths out abrupt gear changes, while the latter allows shifting to occur as abruptly as racecars usually allow it.