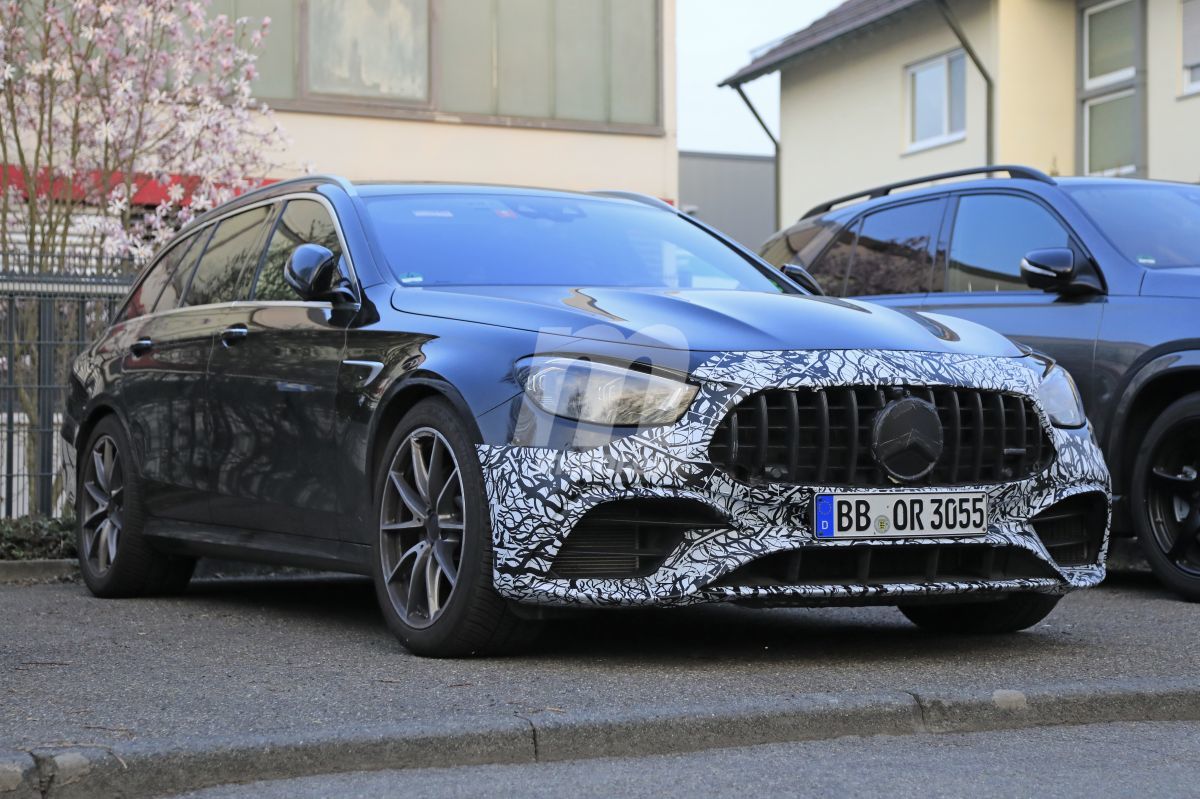 Unlike its archrival – the BMW M5 – the Mercedes-AMG E can be obtained in an estate/wagon form and not just as a sedan/saloon. Following the premiere of the refreshed E-Class Benz, its AMG version has been discovered simply sitting in a parking lot.

Based on the photos, the E 63 Estate has a similar front end to that of the recently revealed Mercedes-AMG E 53 4Matic+ (see video for details). The similarities extend as far as the bulky bumper and the Panamericana grille. The LED Matrix headlights look borrowed from the non-AMG E-Class, and there is a sporty-looking new diffuser at the rear housing quad exhaust tips.

Inside, the steering wheel is new, the infotainment system looks more up-to-date, and a new touchpad resides where the gear knob once was.

No changes are expected in the nine-speed automatic transmission and AWD configuration.

The Mercedes-AMG Е 63 Estate should celebrate its official premiere later this year.