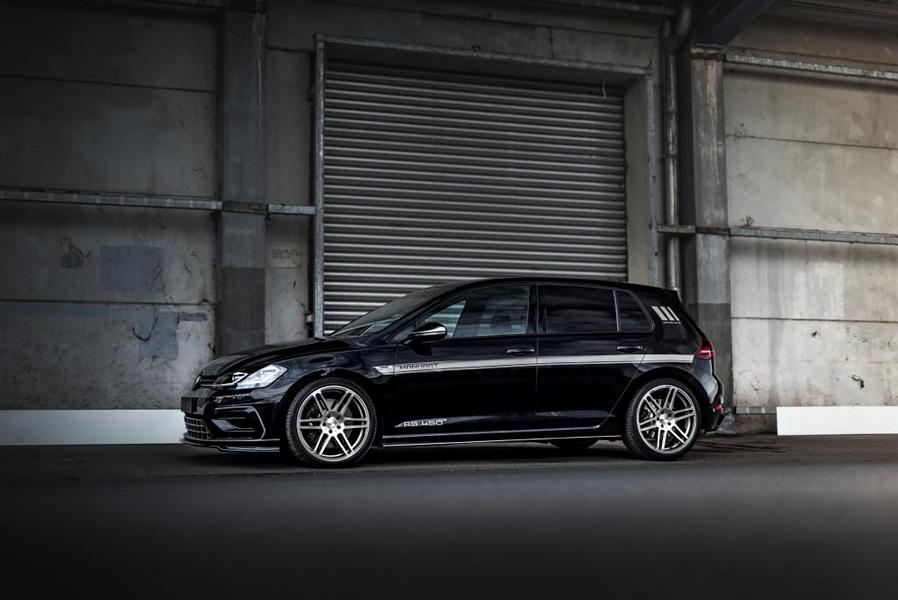 There were times when Germany-based tuner Manhart Performance only worked with BMW cars, Since then, the company has expanded its scope of work dramatically and is now tackling Toyota, Mercedes, Jeep and even an occasional Bentley or Tesla. It has never done a single Volkswagen, though – until now.

What you see here is called Manhart Golf 7 R RS 450. Technically, it’s a seventh-gen Golf, which makes it somewhat outdated, but the Mk8 isn’t shipping until summer, anyway. The core improvement comes in the form of an engine boosted to 435 hp (324 kW) and 510 Nm (376 lb-ft) of torque. Aside from an ECU update, the Stage 2 kit includes new air intake and exhaust systems, as well as a more powerful turbocharger.

Later on, Manhart intends to launch the Stage 3 kit, which will introduce a new fuel pump, injectors and more. It should only marginally raise the power (estimated: 450 hp / 336 kW), but seriously bolster the torque (700 Nm / 516 lb-ft).

On the façade, the Manhart Golf 7 R RS 450 boasts Manhart Concave One 19” wheels, a front spoiler extension and other bells and whistles the tuner usually adds.