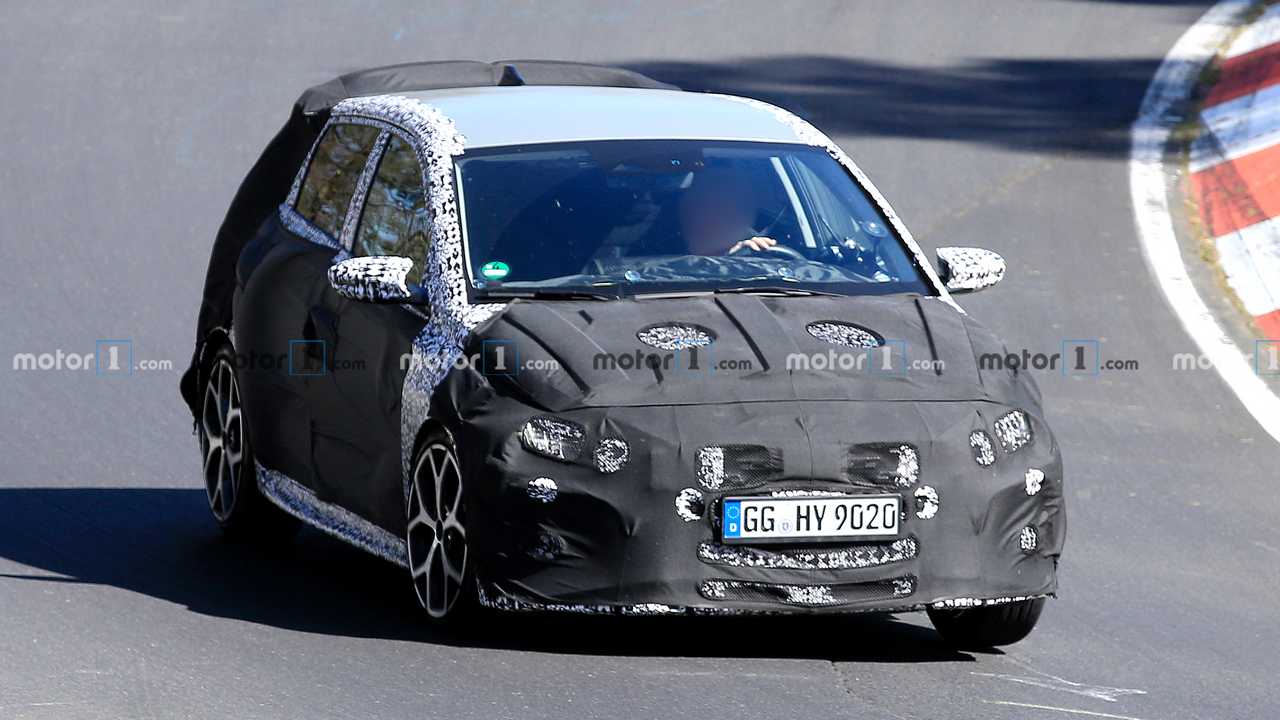 The South Korean automotive giant has begun testing the sported-up version of its i20 compact hatchback at the Nürburgring Circuit in Germany. The disguise is good, but certain exterior features can still be made out.

Thus, it appears that the i20N gets dual exhaust tips, a roof wing and five-spoke wheels. Note also the red brake calipers that should underline the hot hatch’s fiery temper.

It is official that the sports spec ships with a 1.6-liter gasoline engine turbocharged to deliver 200 hp (150 kW) and 265 Nm (195 lb-ft) of torque. Factor in the previously announced sports-grade differential gear, manual transmission and adaptive shocks, and you’ve got a rather dynamic vehicle.