Eight-wheel Fiat Uno trades half of its wheels for mufflers 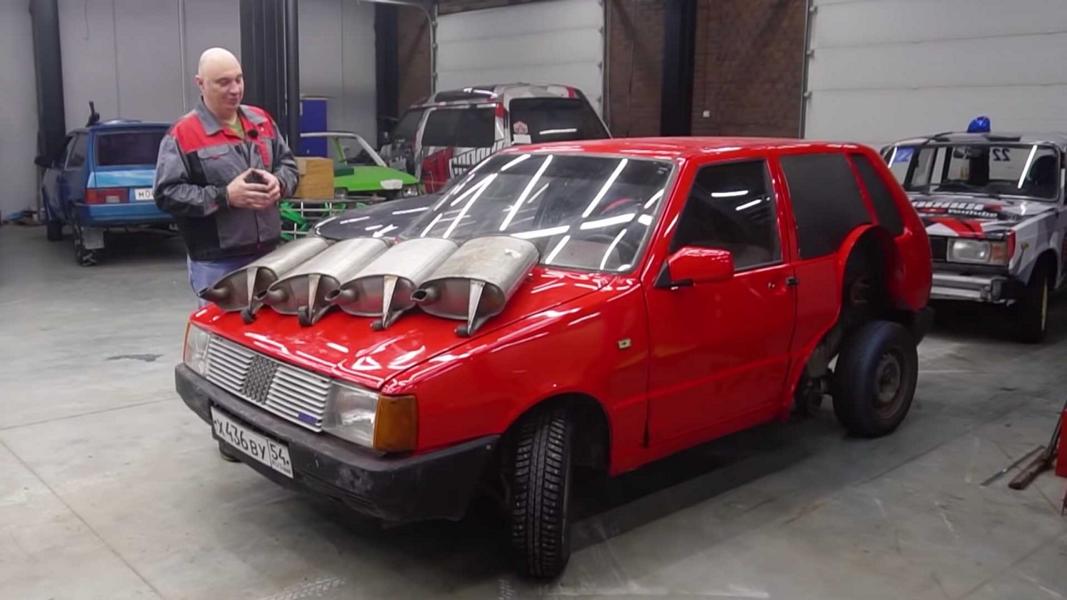 Still remember the insane four-axle, eight-wheel Fiat Uno monstrosity built by Garage 54? It may have been a pain to drive, but the looks on the faces of passers-by and other drivers were well worth it. Now, it appears Garage 54 has played with it a bit more.

Don’t ask us who came up with the crazy idea of fitting the car’s four-cylinder engine with four mufflers, one per cylinder. They did it nonetheless, and to spare themselves the trouble of mounting those pipes under the car bottom, they simply put them on the hood instead.

This looks every bit as blasphemously hideous as it sounds, and once the engine revs up, it sounds even worse. Still, if one is after producing clickbait content, one had better come up with actual, working things to show the audience, rather than inventing misleading titles and failing to deliver. In this respect, Garage 54 invariably makes us happy, even when it creeps us out a bit at the same time.

Oh, and did you notice the hatchback lost its two redundant axles at the rear? We don’t know the reasons, but suspect that either something broke or the guys decided to stop torturing it any further. Granted, the latter option seems naïve at best…