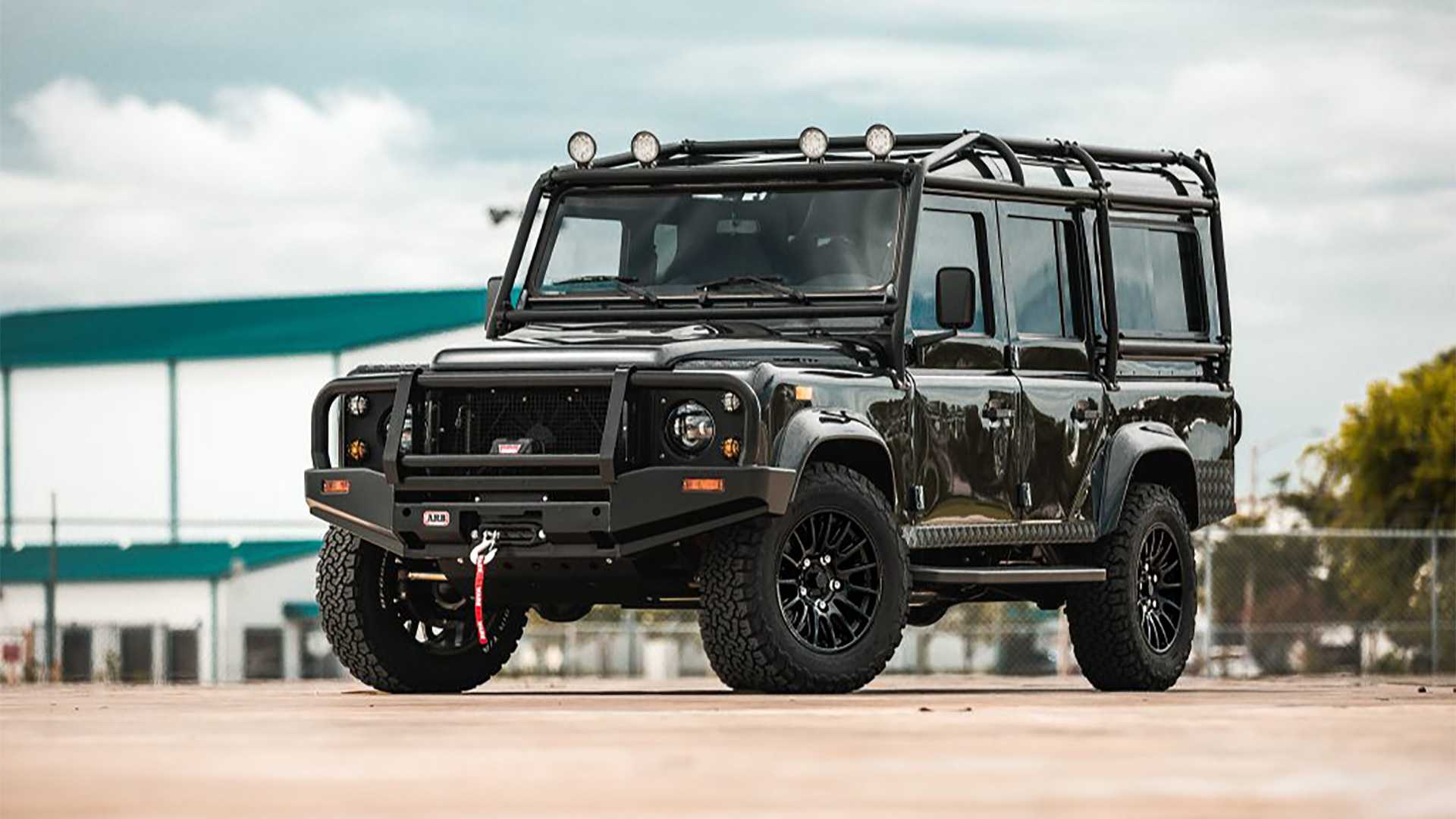 E.C.D. Automotive Design, North American tuner previously known as East Coast Defender, has produced another fully restored, heavily customized SUV. Rather than swap it for the usual LS3 V8, though, the team made it all-electric.

The Defender 110 received the same general stylistic treatment as most other projects by E.C.D. (watch the video for an overview). Customers are always invited to choose from a wide range of accessories, but the main components stay the same.

Admittedly, there are major technical differences between Tesla performance cars and this Defender. The former come equipped with dual electric motors mounted in a transverse manner one per axle, resulting in a potent AWD configuration. In contrast, the Defender only has one longitudinally-mounted motor located in the middle, which links to a transfer gear and cardan shafts driving both axles.

E.C.D. Automotive Design doesn’t mention the price, but we expect it to be in line with other similar projects, i.e. $200,000+.