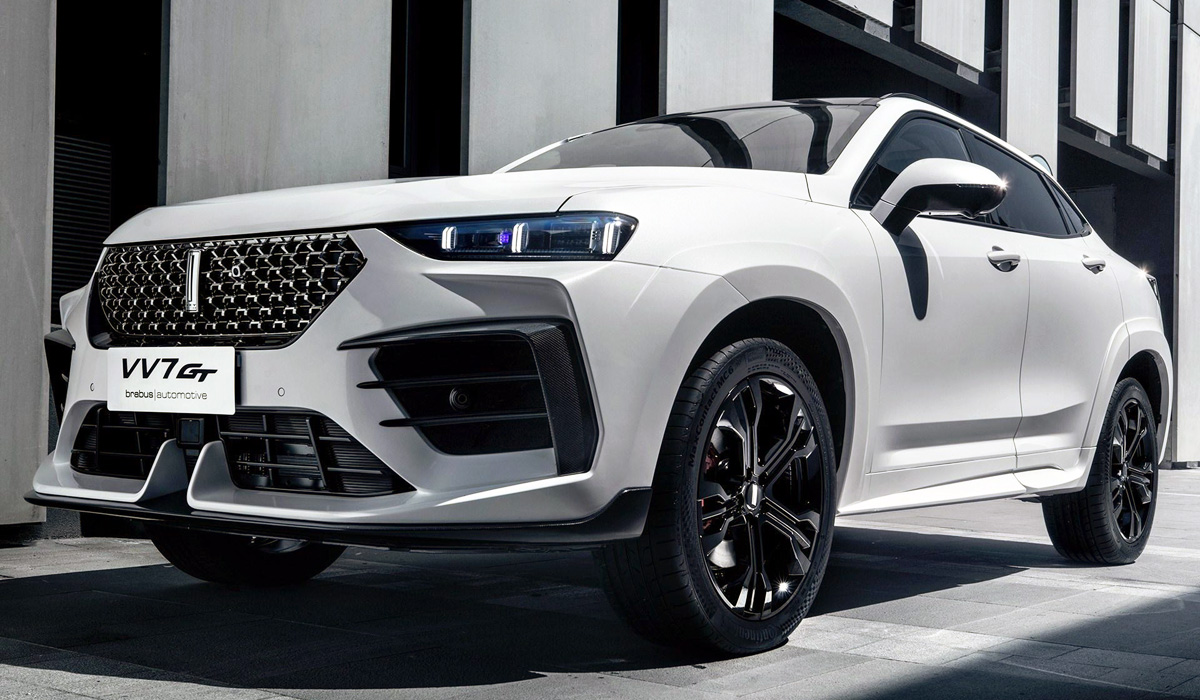 Brabus may be a tuner primarily associated with Mercedes-AMG, but the team from Bottrop, Germany actually has more range than that. Check out its latest creation: the Wey VV7 GT Brabus.

The company signed a contract with Wey a year ago, according to which it was tasked with promoting and selling the Chinese brand’s vehicles in Europe. But before that, Brabus decided to accessorize the brand’s currently available models.

The Wey VV7 GT debuted at the IAA Frankfurt show last fall and will be finally hitting the market in China in late May. IT sports a number of purely stylistic enhancements, including new sophisticated bumpers with carbon fiber inserts, side sill and wheel arch extensions, se-through brake lights, a rear spoiler, 21-inch wheels, and carbon trim elements inside the cabin.

The coupe-shaped crossover keeps its stock engine in the Brabus version, which is a 2.0-liter turbo-four mill rated at 227 hp (169 kW). A seven-speed semi-auto transmission is used to send the power to the front axle.