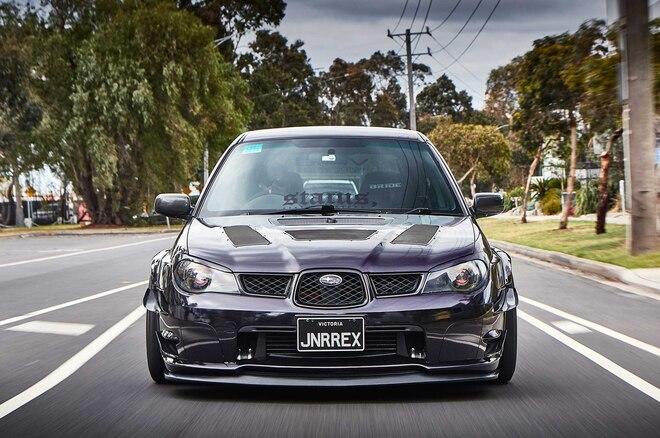 All along, Anthony Summut has dreamt of driving a car like Ford Falcon – gear shift and leather seats included. His parents could care less, so they bought him a Subaru Impreza estate/wagon. Over the 12 years that followed, the man has been customizing it.

Among other things, the car ended up with plenty STI parts, air ride suspension, 18-inch Enkei PF01EVO rims and hood air intakes. Things get even more interesting under the hood, where the old 2.2-liter, four-cylinder, non-turbo engine is nowhere to be found.

Instead, the powertrain now includes a large turbocharger, new cylinder assembly, injection and other performance-oriented components. While the old mill was barely capable of 135 hp (100 kW), the upgraded one churns out 460 hp (343 kW), which is nearly 3.5 times as much!

A six-speed manual transmission borrowed from the STI directs the momentum to the wheels, and a limited-slip differential ensures optimum driving performance in all situations.

The cabin is just as lovingly finished in black with red accents. On-board features include HVAC, Pioneer audio, drift-style gear stick, and other such niceties.

Anthony says that, while working on the car enabled him to accept and gradually come to like it, he still intends to keep tuning it until completely satisfied with the outcome.