Volkswagen Tiguan facelift comes out with R and eHybrid versions 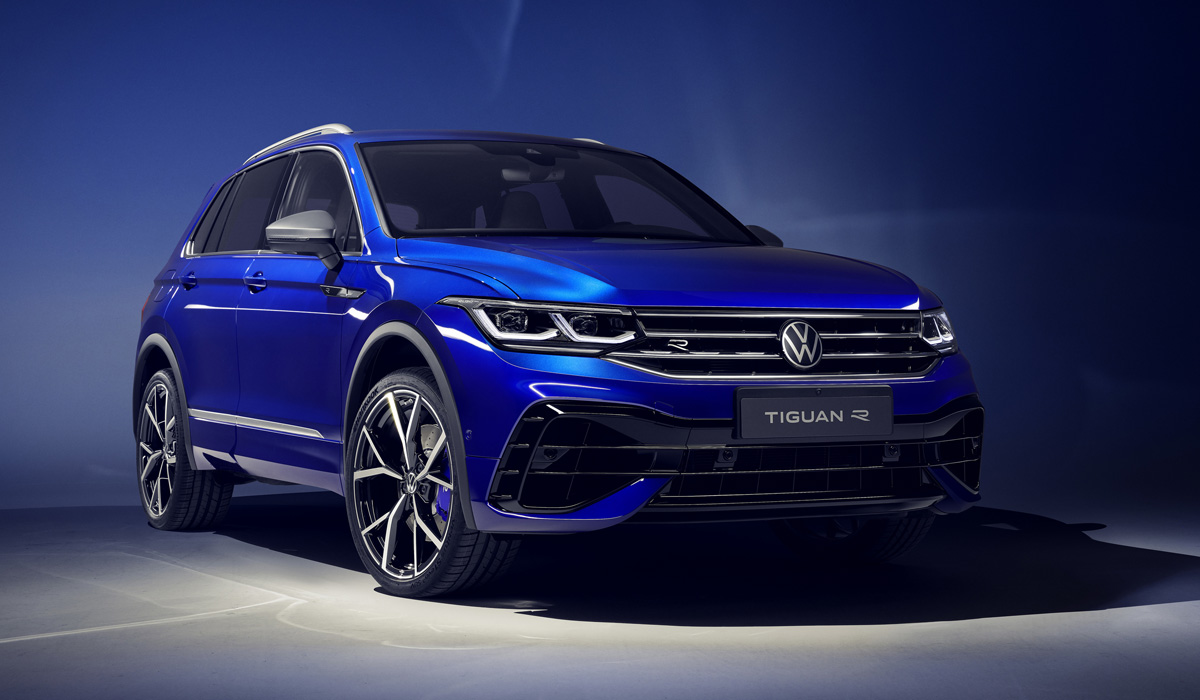 Volkswagen has introduced its 2021 Tiguan lineup, which includes a plug-in hybrid spec and a high-end R version. Let’s see what’s new and exciting.

The SUV switches to using Golf 8-like LED headlights, and for the first time on record, customers can pay extra for LED Matrix beams. There are new bumpers, a larger radiator grille and redesigned brake lights. The Tiguan badge now sits in the middle of the tailgate, and the optional R-Line package still contains the usual aero kit components.

Inside, there are sensor-based controls on the steering wheel and a sensor HVAC control panel. The MIB3 infotainment system supports Android Auto and Apple CarPlay, eSIM cards and voice commands, and comes in 6.5” and 9.2” variants.

For the first time so far, the Tiguan lineup gets an optional Harman/Kardon 480W audio system and a feature called Travel Assist. The latter is essentially a smart cruise control system that can recognize traffic signs, keep the current lane, brake automatically and resume movement after brief stops.

The 2021 Volkswagen Tiguan eHybrid comes equipped with a 1.4-liter gasoline engine and a six-speed DSG gearbox with an electric motor integrated into it. The system churns out up to 245 hp (183 kW) of power and can go all-electric for 50 kilometers (WLTP). You won’t be able to accelerate past 130 km/h (81 mph) in this mode.

The range-topping Volkswagen Tiguan R packs a 2.0-liter turbo-four engine worth 320 hp (238 kW) and 420 Nm (310 lb-ft) of torque. A seven-speed DSG transmission delivers the momentum to all four wheels. One big addition comes in the form of a feature called R-Performance Torque Vectoring, which intelligently distributes the torque between the rear wheels and thus imitates an active rear differential gear.

Improvements have been made to the brakes and suspension, and you can opt for an Akrapovic exhaust system for a louder soundtrack. Sprint times remain to be announced.

On the outside, you can easily tell the Tiguan R from its more mundane production sibling by its boldly stylized new bumpers, larger air intakes and rear spoiler, quad exhaust finishers and 21-inch wheels. The paddle shifter under the steering wheel is another dead giveaway.

The Volkswagen Tiguan should hit the showrooms throughout Europe later this summer, and the R spec should become available towards the end of the year.