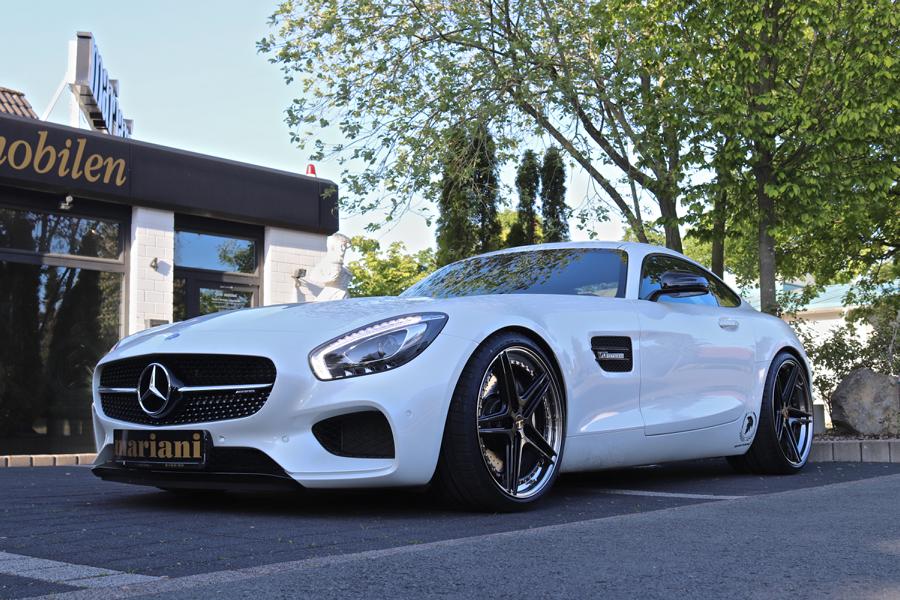 Soon after premiering the 462-hp AMG GT sports car, Mercedes unveiled its ultimate “R” version. The latter had 585 hp under the hood and came at an eye-watering €50,000 premium over the base model. Lucky for us, tuners like Mariani have their own ways of making things work without as much expenditure.

The team took up a C 190 AMG GT with its standard twin-turbo V8 engine and convinced it to churn out 570 hp (425 kW) along with up to 720 Nm (531 lb-ft) of torque. For the tuning not to go unnoticed, Mariani replaced the stock exhaust system with a handcrafted unit capable of great sound (watch the video for a demonstration).

To make things even worse for people already suspecting they were brutally overcharged for the AMG GT R, the shop swaps the dull stock wheels out for a high-end multi-piece forged set and drops the ride height for maximum style points. The result is a car that has nearly as much power as its top spec, plus a cooler appearance. What’s there not to like?