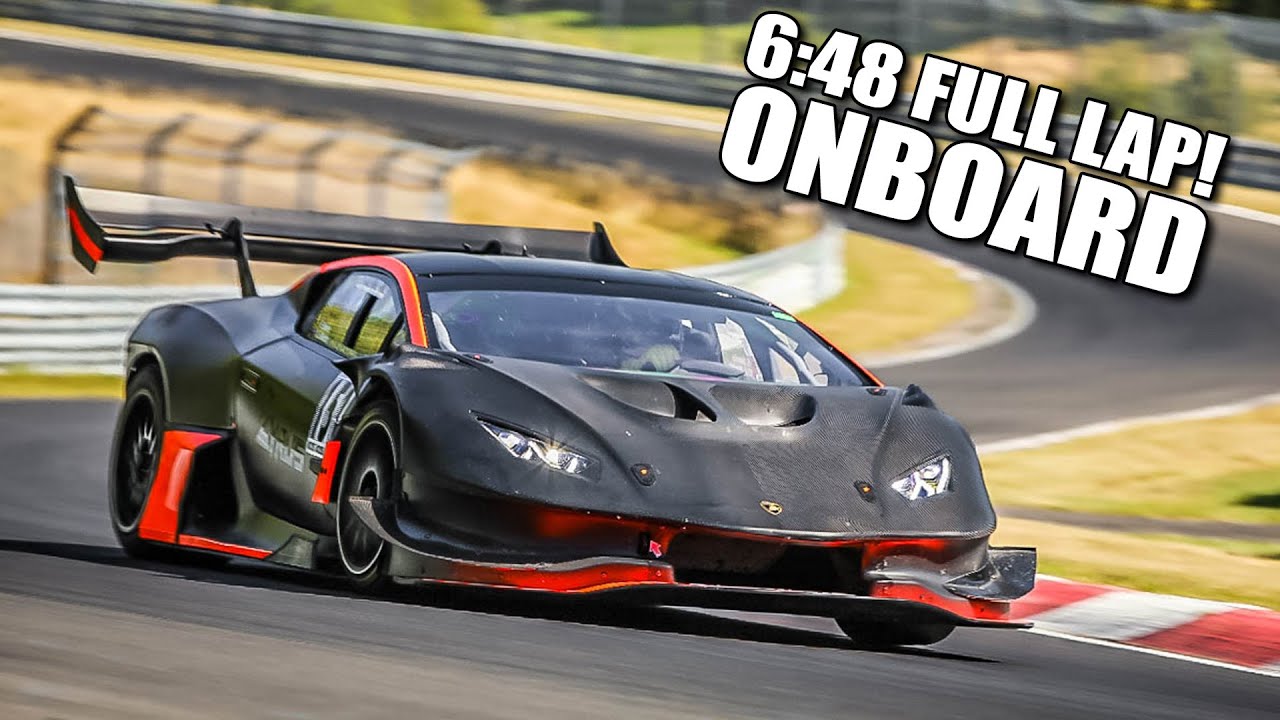 The Lamborghini Huracan Performante counts among the wildest road cars of our time – it is even capable of running the North Loop in 6 minutes 52 seconds! However, ZYRUS felt like finding out how much better its pure racing counterpart – Super Trofeo – would fare if given some incentive.

The tuner doesn’t disclose all the details, but mentions that the supercar was upgraded with top-spec dual turbos, which yielded 1,200 hp (about 900 kW) at the crank. Considering its curb weight of just 1,200 kilograms (2,645 lbs), one could say the team has attained the coveted 1:1 power-to-weight ratio.

Fredrik Sørlie, an experienced precision stunt driver, was chosen for the test runs during an open track day with other drivers present on the raceway. Sørlie did his best to avoid collisions, but still brushed slightly against an inner wall during his second lap. He was lucky to avoid injury, but the car will now need repairs.

In the end, the best lap time was 6:48, or four seconds ahead of the standard Performante. It would be nice to see ZYRUS do the test again sometime with no other vehicles on the track and try to set a better time.