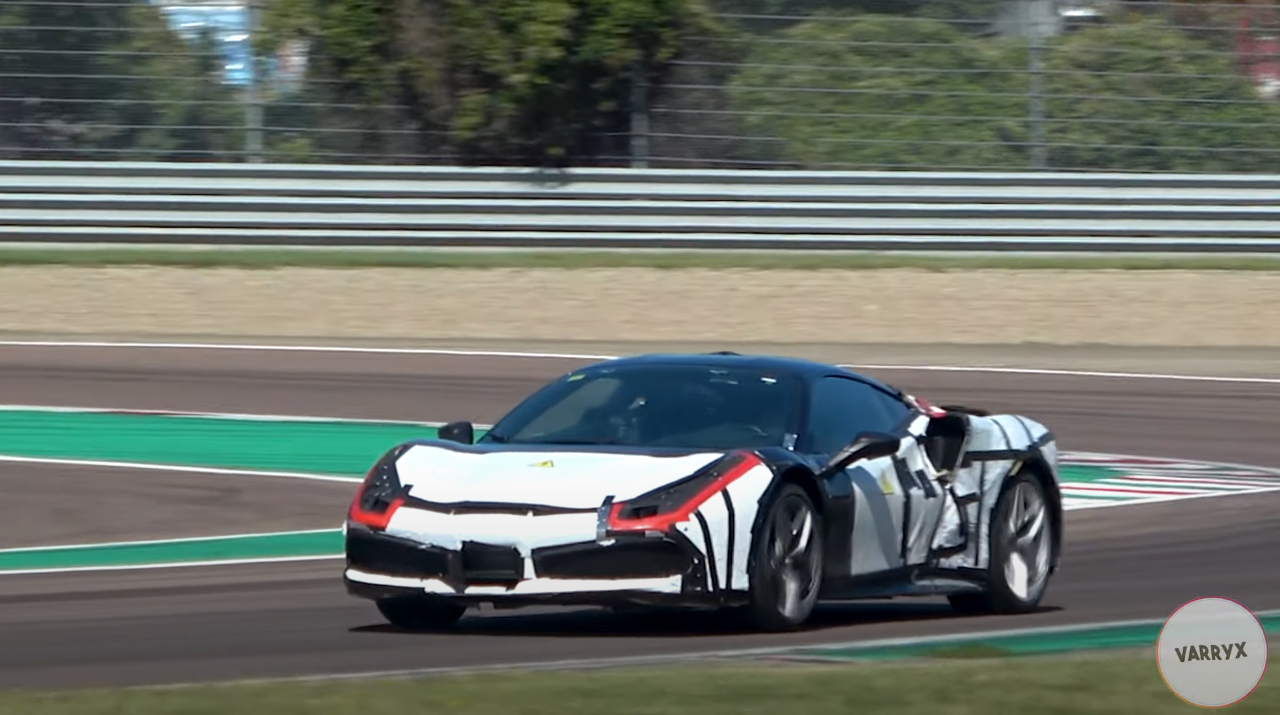 It is going to be five years or longer before Ferrari unveils a full-fledged EV – but the Italian luxury carmaker is already testing various hybrid solutions. The latest specimen spotted on the Fiorano Circuit looks like a mid-engined V6 coupe.

The spy pics show what appears to be a 488 Pista model with F8 Tributo front end and exhaust tips mounted higher up, so it is essentially a test mule. High-voltage warning decals on the body indicate that it is electrified, and while the engine is hidden behind dark glass, it sounds like no other modern Ferrari, according to witnesses.

The company has been considering launching a V6-powered entry-level sports car for the past five years. This wouldn’t be the first time, either, if you recall that Ferrari had a sub-brand named Dino, which had a V6 in its lineup.

The specific make and model of the engine remain unknown, but our best guess would be the 2.9-liter twin-turbo 690T V6 mill you can currently find in the Alfa Romeo Giulia Quadrifoglio and Giulia GTA. The engine is a trimmed-down version of the Ferrari F154 V8 4.0 that comes with a wide variety of its vehicles, ranging from the 488 to the SF90.

Having said that, it could as well be Maserati’s latest V6 30 Nettuno. We likely won’t know until much closer to the premiere.

On a side note, Ferrari has built hybrid cars multiple times before: look up the 2010 HY-KERS Concept, the seven-year-old LaFerrari hypercar and the 1,000-HP SF90 Stradale flagship revealed last year. The latter will soon be receiving an open-top “Spider” version, by the way. Other than that, the Italian automaker participates in Formula One races with vehicles powered by 1.6-liter V6 engines assisted by electric motors.