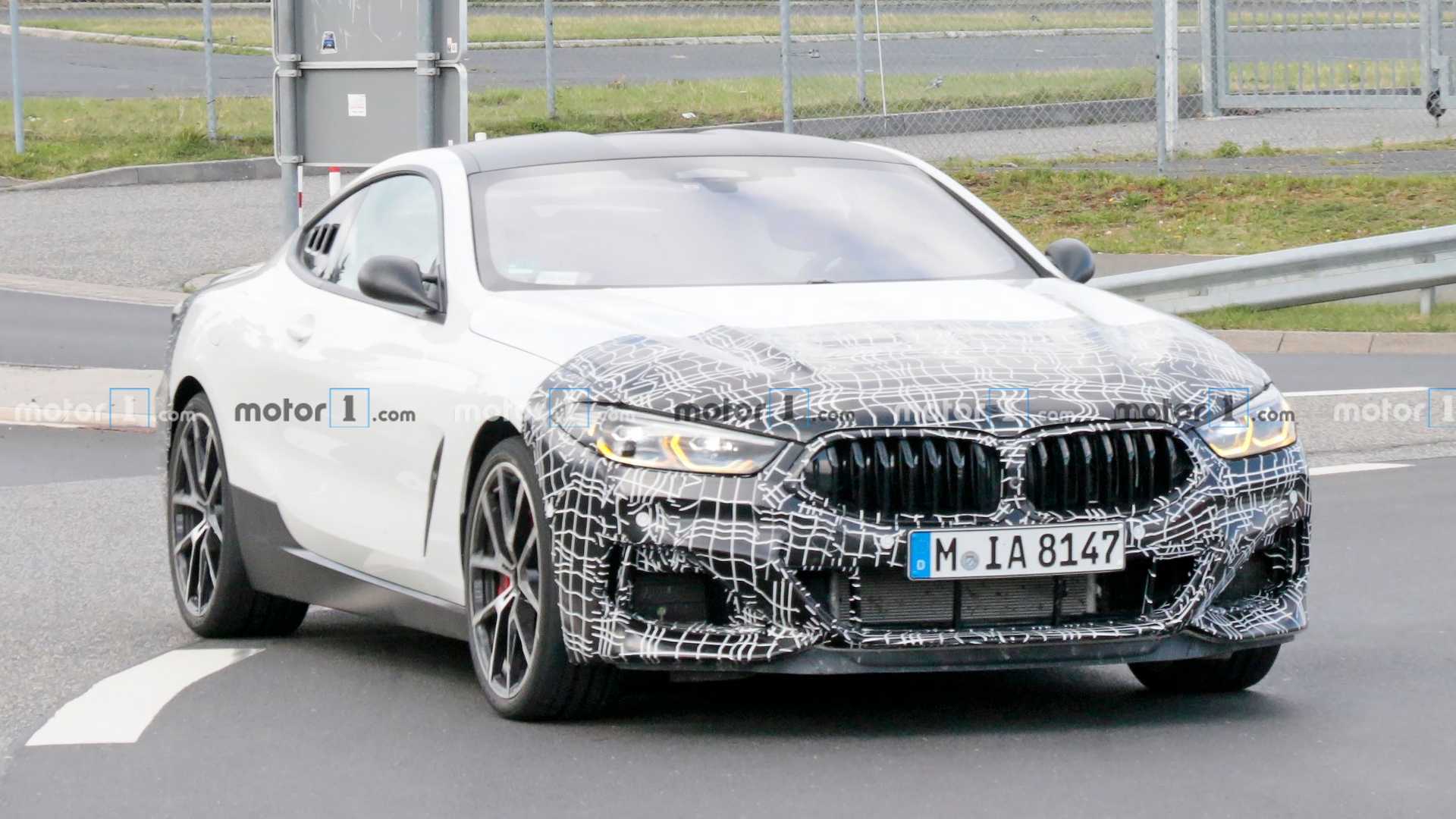 One might think this BMW 8 Series test mule recently spied at the Nürburgring is just a regular coupe partially wrapped in camo, but a number of signs indicate that it may very well be a mid-engined track tool with much more to it than meets the eye.

The front of the vehicle looks like the current M850i sans front grille, while the rear end reminds of the M8 Competition series except for a different diffuser. And then there are air intake panels where rear side windows normally reside, while the rear glass sports three large black stickers. Considered as a whole, the design vividly reminds us of BMW’s recurrent plans to design a mid-engine sports car that would be the successor to the iconic M1 model.

Witnesses report that the car sounded like it had the same inline-six engine as the M1. Its massive red brake calipers suggest a sizeable power boost, whereas the proximity to the Pirelli lab hints that the company may have wanted to try out a new tire model.

It appears possible that the test mule inherits its powertrain from the BMW i8 Hybrid that was discontinued earlier this summer. As such, it might be its successor.

As for the mid-engine layout, BMW unveiled a concept car based on it last year, called Vision M Next. Industry pros cannot say for sure what kind of future is in store for the M Next: some claim it is a pure design study with no production prospects, while others theorize that it might debut as a production car named ‘i12’ in a few years’ time.