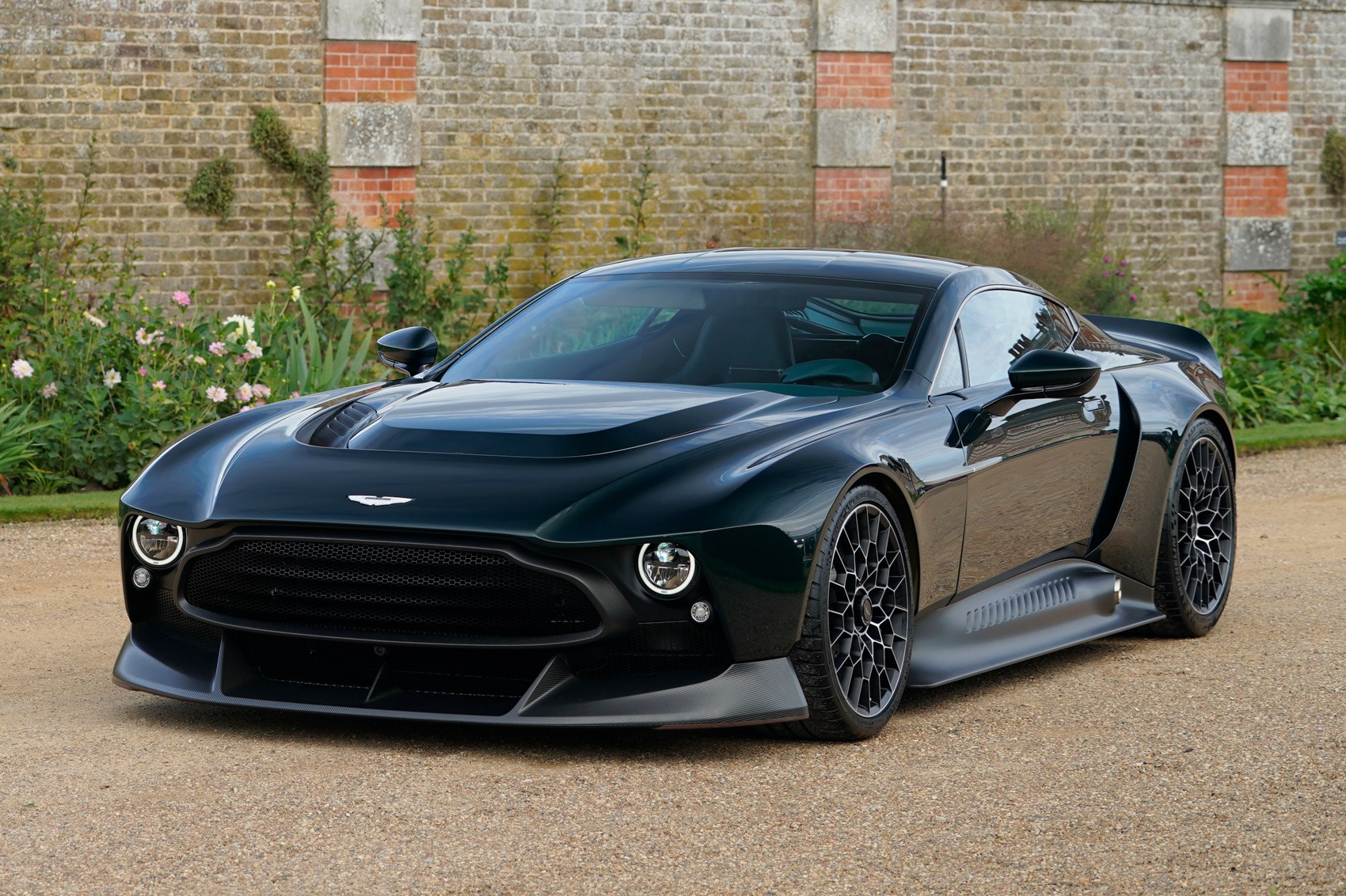 Aston Martin has finished yet another ultra-exclusive project car. What used to be a rare production coupe named One 77 became Victor, a road rocket like no others.

The name is an homage to Victor Gauntlett, who was the CEO of the company back in the 1980s. Aston Martin Q subdivision handled the conversion, endowing the coupe with parts taken from Valkyrie and Vulcan hypercars. The resulting exterior image is reminiscent of the V8 Vantage dating back to 1977–1989.

The traits reminiscent about the iconic V8 Vantage include lighting, the hood cover, the boot lid and the radiator grille. The interior looks much more up-to-date with its liberal use of carbon fiber, sports steering wheel, digital dash and touch-enabled infotainment display. The company emphasizes that the retro styling did not affect the aerodynamic performance of the car.

The 7.3-liter One 77 V12 under the hood receives Cosworth treatment and rises from 760 PS (750 hp / 559 kW) to 847 PS (835 hp / 623 kW). The torque simultaneously goes from 750 Nm (553 lb-ft) to 821 Nm (606 lb-ft). A Graziano six-speed manual gearbox sends the momentum to the wheels assisted by a powerful two-part cooling system and a special coupling mechanism. The above upgrades are vital for what is officially recognized as Aston Martin’s most powerful stick-shift supercar in history. Six-piston carbon-ceramic brakes cater for proper deceleration.

The in-house customizer never bothered to mention the costs associated with the project.