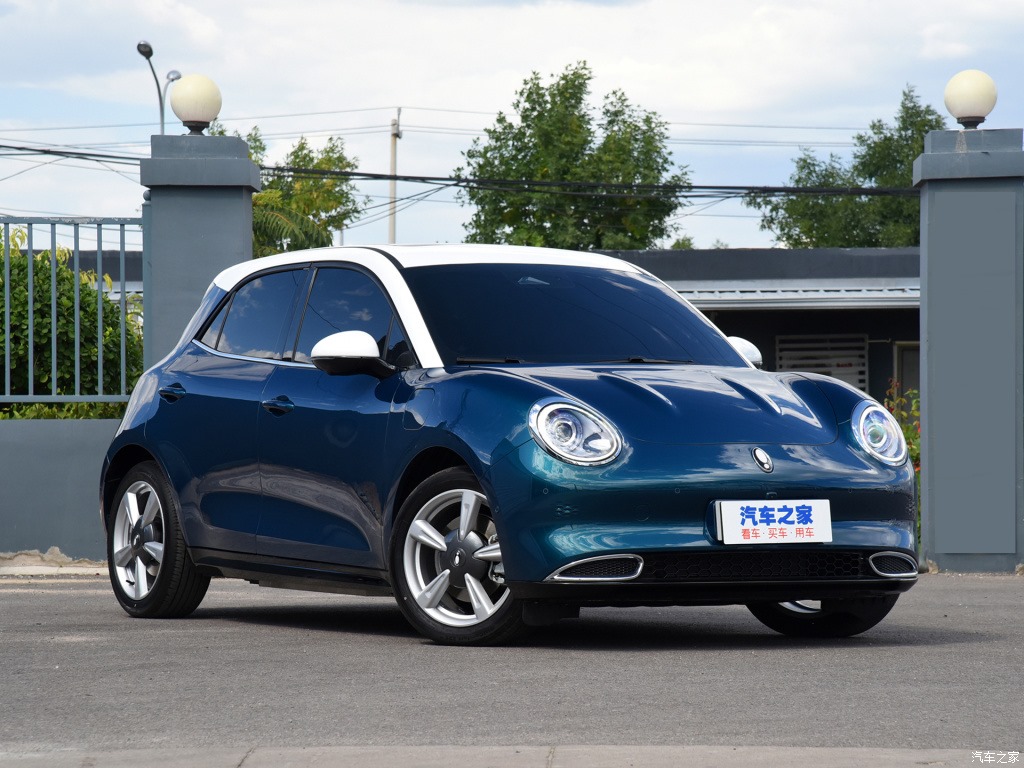 The compact hatchback comes based on the Mini Electric platform and boasts retrofuturistic styling cues giving off distinct Porsche vibes. The latter is not coincidental, because ex-Porsche designer Emanuel Derta was responsible for the exterior. The similarity is such that multiple Chinese media have drawn Porsche Macan parallels. To us, however, it looks like a reshaped Mini with Volkswagen Beetle front end.

Customers may choose from eight available colors. There is no fake grille at the front, and the taillights are anything but conventional. Charger ports are located to both sides of the car for convenience.

Plenty of electronic assists are included in the base spec. Fake leather covers the seats, the doors and even the front fascia, while two ten-inch displays merge to form a single instrument cluster. Climate controls, the emergency brake light button and the drive mode selector boast a metallic finish. A panoramic sunroof and a few USB sockets round off things on the inside.

Ora will open the pre-order books on September 25 and start shipping to showrooms next month. Rumor has it that the Good Cat will later provide the foundation for new China-only Mini EVs coming up in a couple years’ time.