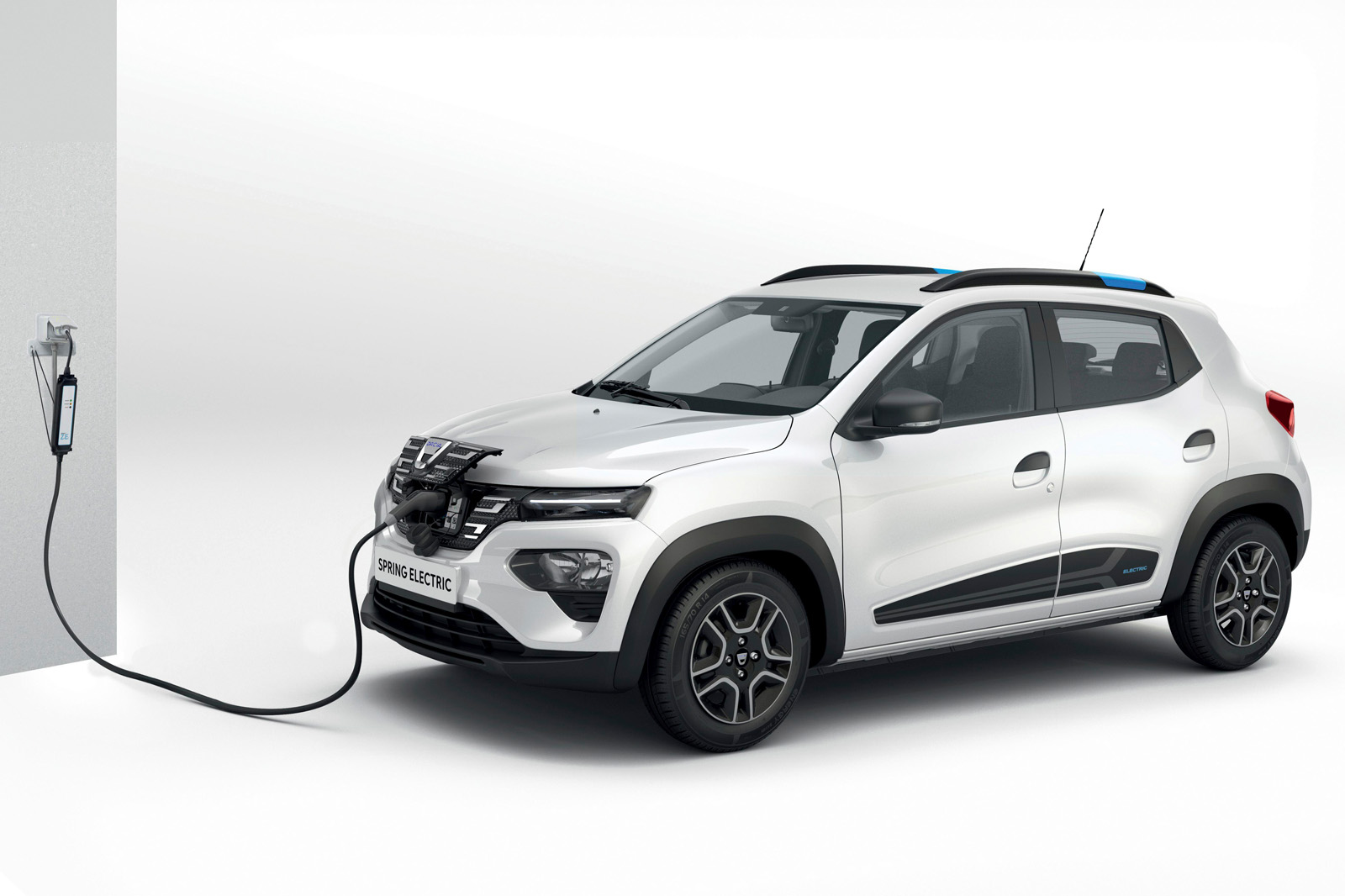 The gas-powered Renault Kwid hatchback hit the Indian market in 2015, made it to South America two years later and finally reached China last year as the all-electric Renault City K-ZE. Soon, the model will reach Europe and once again change its badge, this time to Dacia Spring.

In essence, the only area where the Spring differs from the Kwid is equipment and tech. Its lone electric motor still churns out meager 45 hp (33 kW) and 125 Nm (92 lb-ft) of torque, while the battery stays capped at 26.8 kilowatt-hours. No sprint times have been announced for Europe, and the WLTP-rated driving range amounts to 225 kilometers in mixed cycle (295 km in Urban mode). Switch to the Eco mode to further drop the power to 31 hp (23 kW) and the top speed to 100 km/h if you need to maximize the range. Charging from zero to 80% takes “less than an hour” given a rapid-charge station, but be prepared to keep your ride parked for all of 14 hours if you plug it into a wall socket.

Exterior novelty is scarce: the brake lights, the badges, the vivid accents and the occasional new décor elements, such as the radiator grille pattern, sum it up. The subcompact is 3,734 mm long, 1,622 mm wide and 1,516 mm tall with 150 mm of road clearance. In contrast, the gas-powered Kwid has superior 180 mm of clearance thanks to the lack of a traction battery under the bottom.

The nominal trunk capacity is 300 liters. Crack open the door to be greeted by a four-spoke steering wheel and better trimming materials than those used in the Chinese version. The climate control system supports air recirculation, and while the China spec has a mechanical slider for it, the EU one has a toggle switch.

The most basic trim level comes with six airbags, a stability control system, speed limiter, small monochrome display, central lock, power steering, power windows and automatic emergency braking. The latter assist feature supports speeds between 7 and 170 kilometers per hour, but this is somewhat redundant due to the car being unable to accelerate past 125 km/h under ideal conditions.

The prices are pending. The Dacia Spring will first arrive in ride-sharing fleets in early 2021, and retail sales won’t begin until the fall of 2021. Dacia also promises us a delivery-focused modification called the Cargo, which ditches its rear seats to get 800 liters of trunk space. The load capacity of this version will be limited to 325 kilograms.