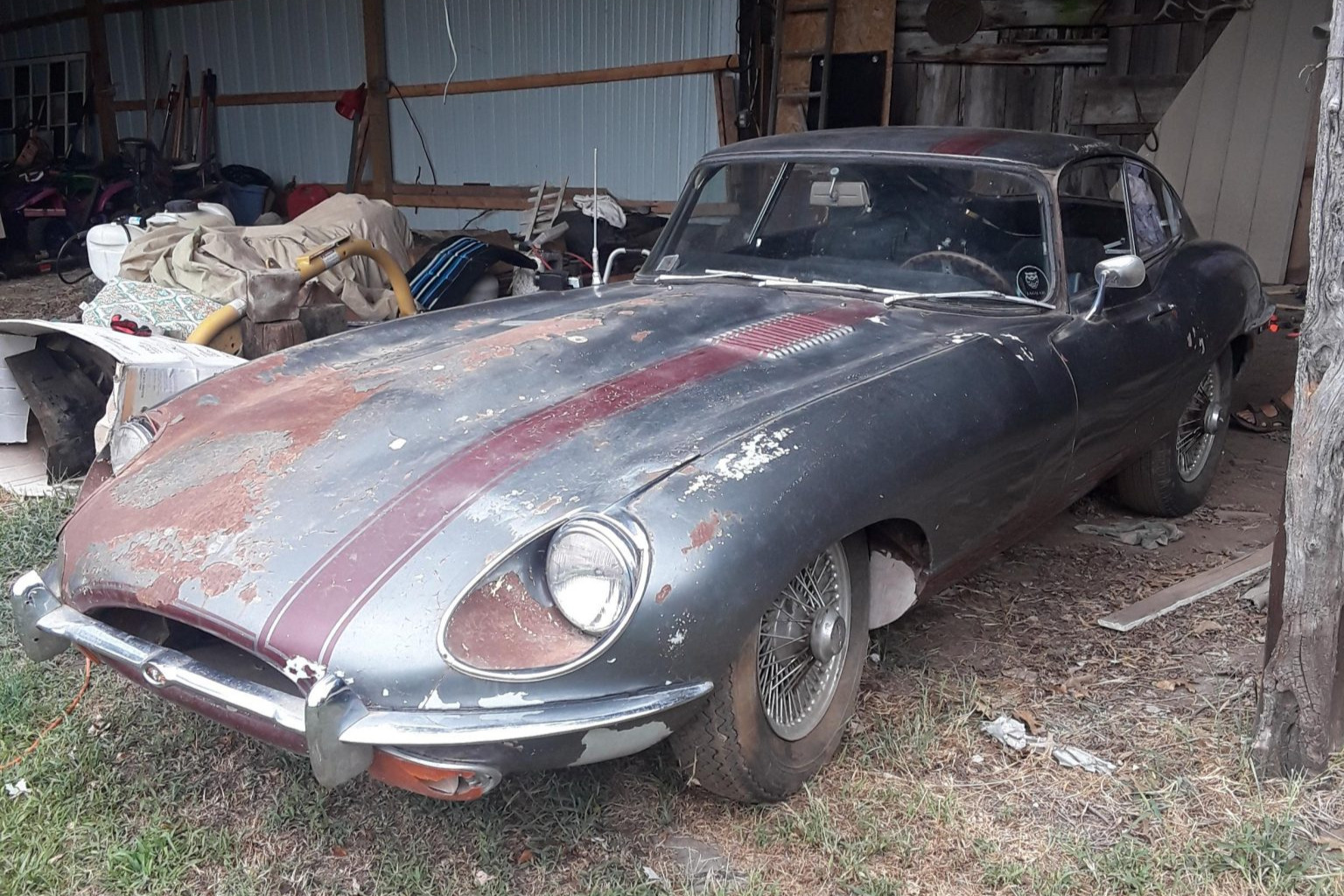 This 51-year-old Jaguar E-Type is up for a round of bartering right now with the top bid as low as U.S. $3,000. The reason? It is a barn find, and a badly damaged one at that. You will need to invest much more into it before it can go on its own again.

Normally, an E-Type like this one would cost a small fortune – watch a video for a well-groomed example. This one had originally been intended to become a time capsule: the owner overhauled its powertrain, cooling and fuel tank in 1981 and then sealed it for a decade of storage. But something went wrong, and the car ended up gathering dust, rust and dirt for much longer than intended. Its 4.2-liter inline-six should normally be capable of 265 PS (261 hp / 195 kW) and 384 Nm (283 lb-ft) of torque, but the last time it was able to start was some two decades ago – or so it is reported. The transmission is four-speed manual, and we expect it to need its own share of attention, too.

The car body is grey with a Bordeaux Red pinstripe running along. Rust is showing through the dust blanket, and red paint blotches mar the once shiny metal hood. The 15-inch wheels retain their chrome coating, but the tires are worn out, and the leather cabin screams for a full makeover.