Ford Edge gets an interior refresh in the USA 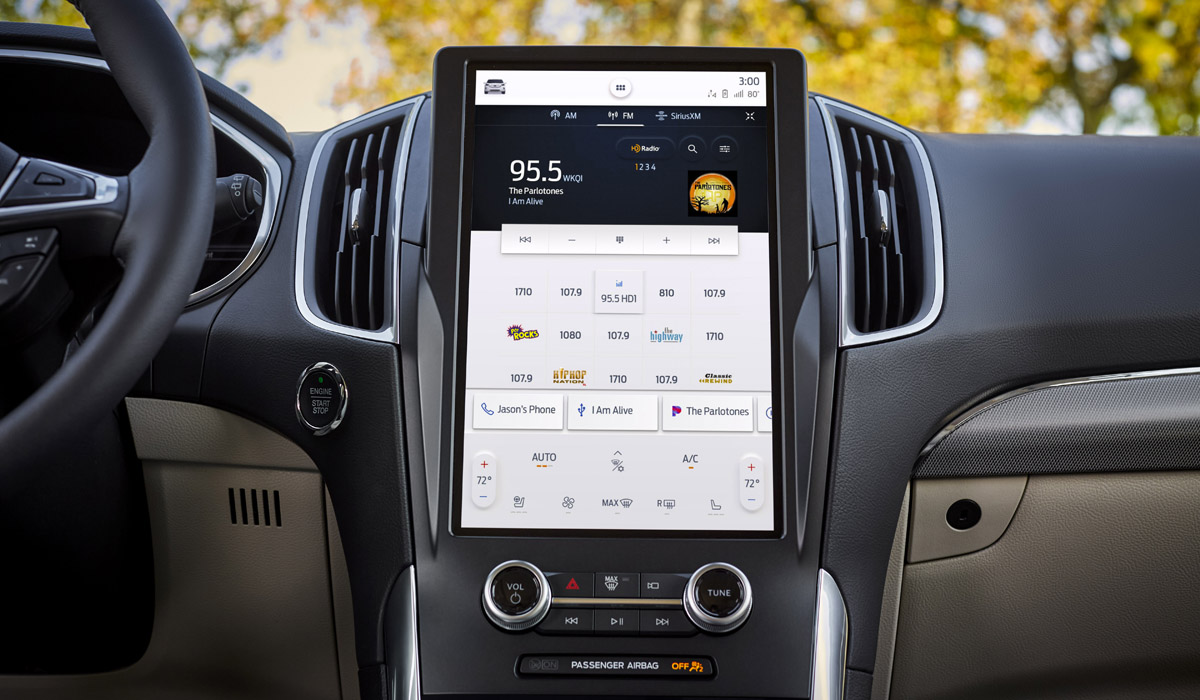 The latest Ford Edge already received its fair share of updates in the North America a couple of years ago, but today’s refresh focuses on the interior, introducing it to a 12-inch vertical infotainment display among other features.
The Edge is Ford’s second model to get a large-diagonal infotainment screen in the United States after the Mustang Mach E. Interestingly enough, such displays have been available for a whole range of models in China for a while now, including the Kuga, the Mondeo and the Edge LWB seven-seater. Furthermore, the screen is marginally larger in the Chinese spec: 12.8 inches across.
The infotainment complex itself is also brand-new. It is called Sync 4A and features Wi-Fi, OTA updates and a multi-area screen layout. The audio system is the only remaining in-car unit to keep its hardware controls, while the entire HVAC functionality is not sensor-based. GPS navigation and voice control are offered as options.
The 2021 model year sees the Ford Edge receiving new interior trim options and wheels, and the formerly optional Ford Co-Pilot 360 assist package becomes standard.
The engines stay stock: the EcoBoost 2.0 still produces 253 PS (250 hp / 186 kW), while the 2.7-liter V6 pumps out 340 PS (335 hp / 250 kW). Both link to an eight-speed automatic transmission.
Sales will start later this year.