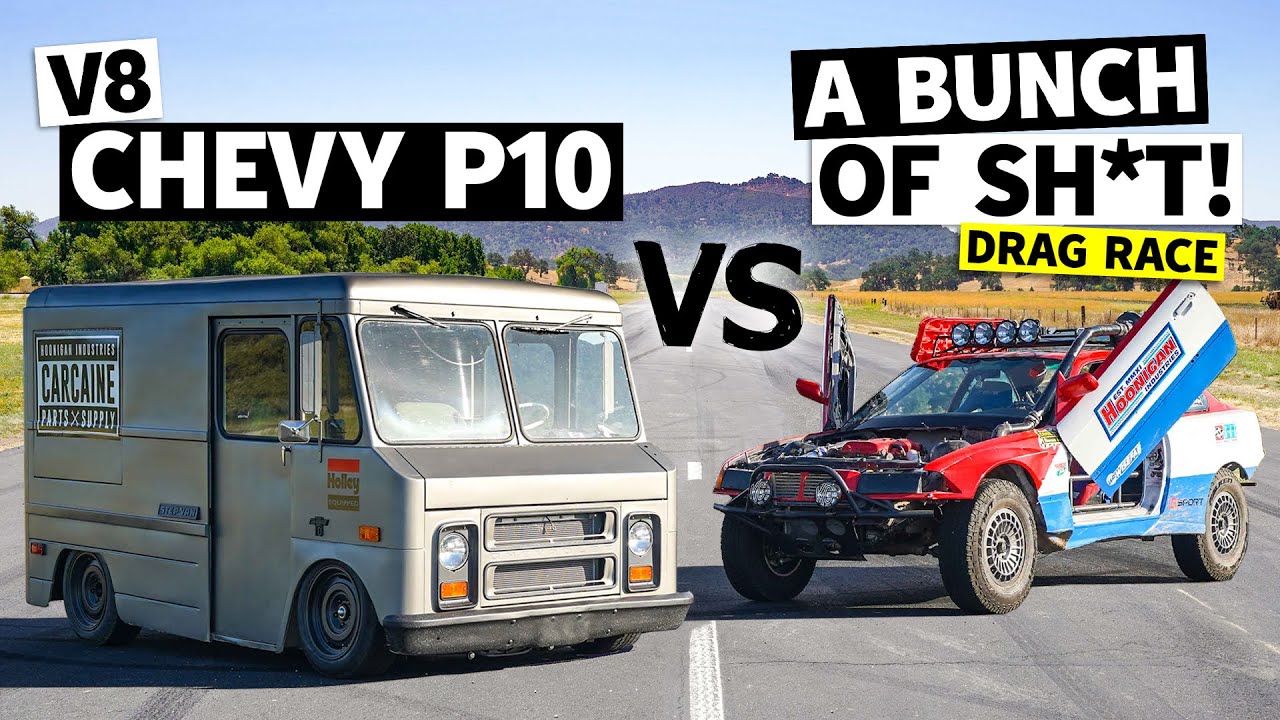 You can rely on the Hoonigan team to surprise you with their unhinged custom builds, and this half-a-century-old Chevy P10 bus with a sports V8 under the hood is yet another of their bizarre creations.

The elderly Chevrolet showed up at an auto show late last year and instantly won recognition as a track tool with excellent dynamics (NOT to be confused with aerodynamics). It lost its small-time inline-six mill in favor of a modern LS V8 upgraded with Holley components and dialed up to 400 hp (300 kW).

To finalize the transformation of their bulky and edgy van into a sports car devourer, Hoonigan gave it a new transmission and racing-friendly tires. In the attached video, the P10 has no problem overtaking a tuned BMW 3 Series (318i) and then a Hyundai Veloster N – even though the latter puts up quite a fight. In the end, however, the aerodynamic shape of the hot hatch proves powerless versus the raw performance of the antiquated box on wheels.