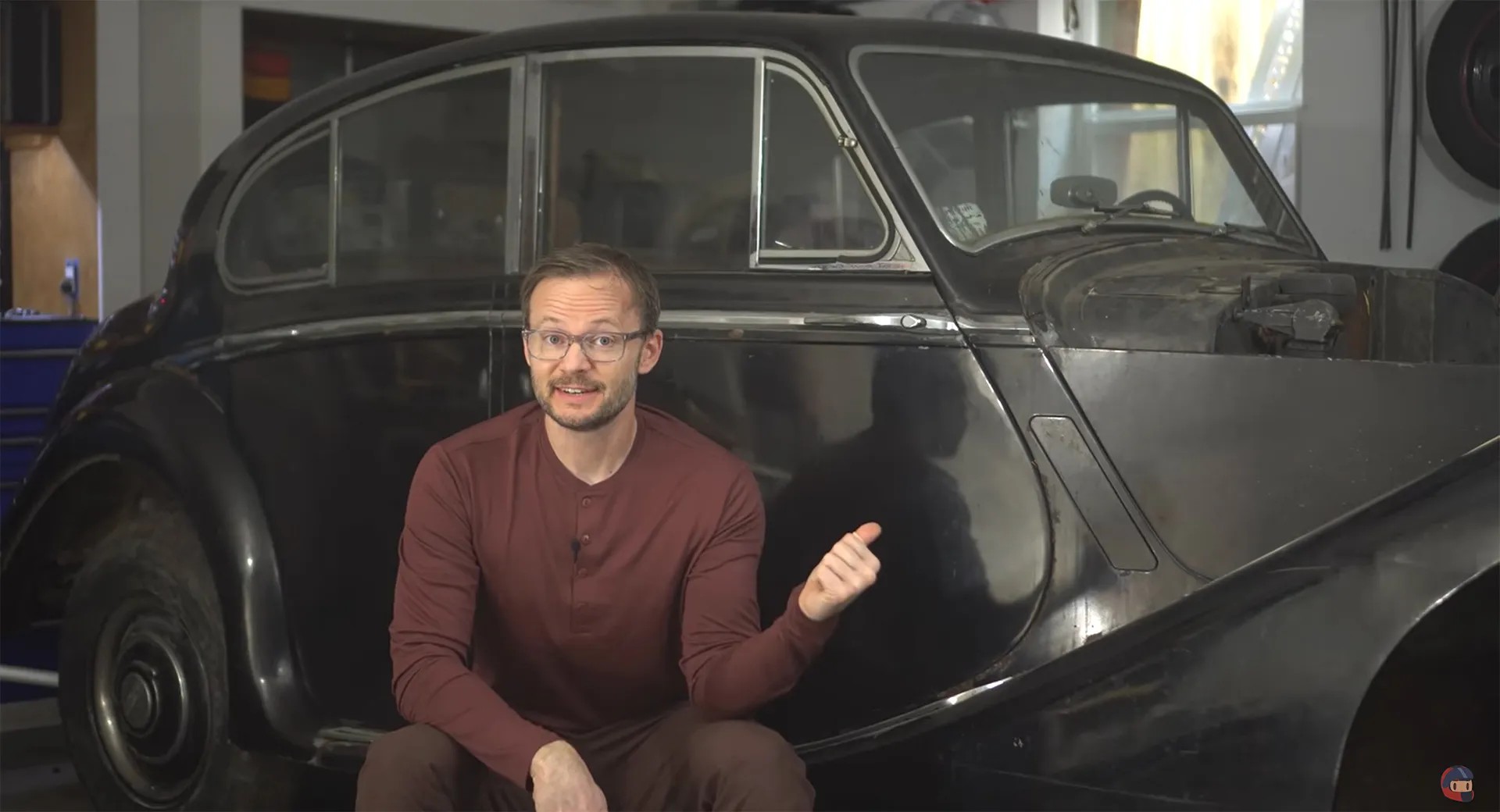 In order not to burden the vintage ride with heavy modern tech, Matt settled for using a 287-PS (283-hp / 211-kW) Standard Range Plus motor for the task. He pairs it up with a 54-kWh battery from the Mid Range Plus spec. If these two main components prove a good fit for the restomod, its eventual curb weight should not exceed the original’s 1,667 kg (3,675 lbs). Just whether they prove a good fit remains to be seen, however, given that the old-timer used to make do with just 127 PS (125 hp / 93 kW). Some frame reinforcements could be in order.

Another difficulty concerns the suspension. The traction battery will have to be placed so as to ensure optimum load distribution across the axles. The tuner plans to graft the entire Model 3 subframe to the Jaguar’s back end along with third-party coilovers, and use a Mustang II suspension kit for the front end. In theory, this should translate into superb handling performance, but such bold claims will have to wait until real-world tests.

Watch the full video for valuable insight into the intrinsic challenges of such projects.