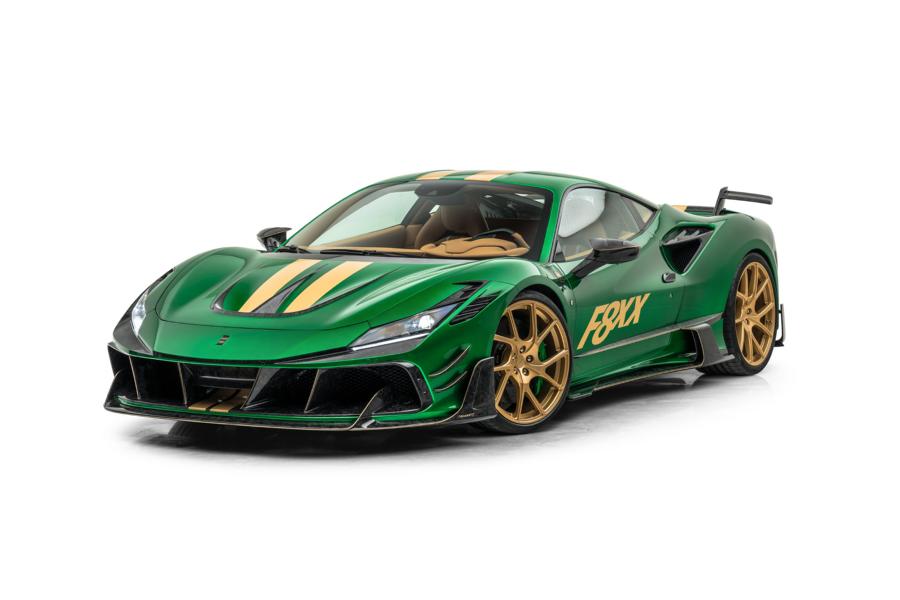 The tuner team over at Mansory is no stranger to working with Ferraris – take the Stallone GTS from a few weeks ago, for example. However, while the Stallone was built with driving enjoyment in mind, absolute performance was the priority in this Ferrari F8 Tributo conversion.

The so-called MANSORY F8XX boasts a body kit made completely out of the company’s signature “forged” carbon, resulting in a considerable reduction in curb weight. Gone are the stock wheels, replaced with YT.5 Monoblock rollers sized 21x9.5 inches front and 22x12 inches rear. The body received a new finish in rare Catania Green, and the suspension was adjusted for the new mass.

The cherry on top comes in the shape of an all-new cabin trimmed with soft beige leather adorned with white applications and juxtaposed against generous portions of dark carbon fiber. There is a new steering wheel and Mansory badges wherever you look.