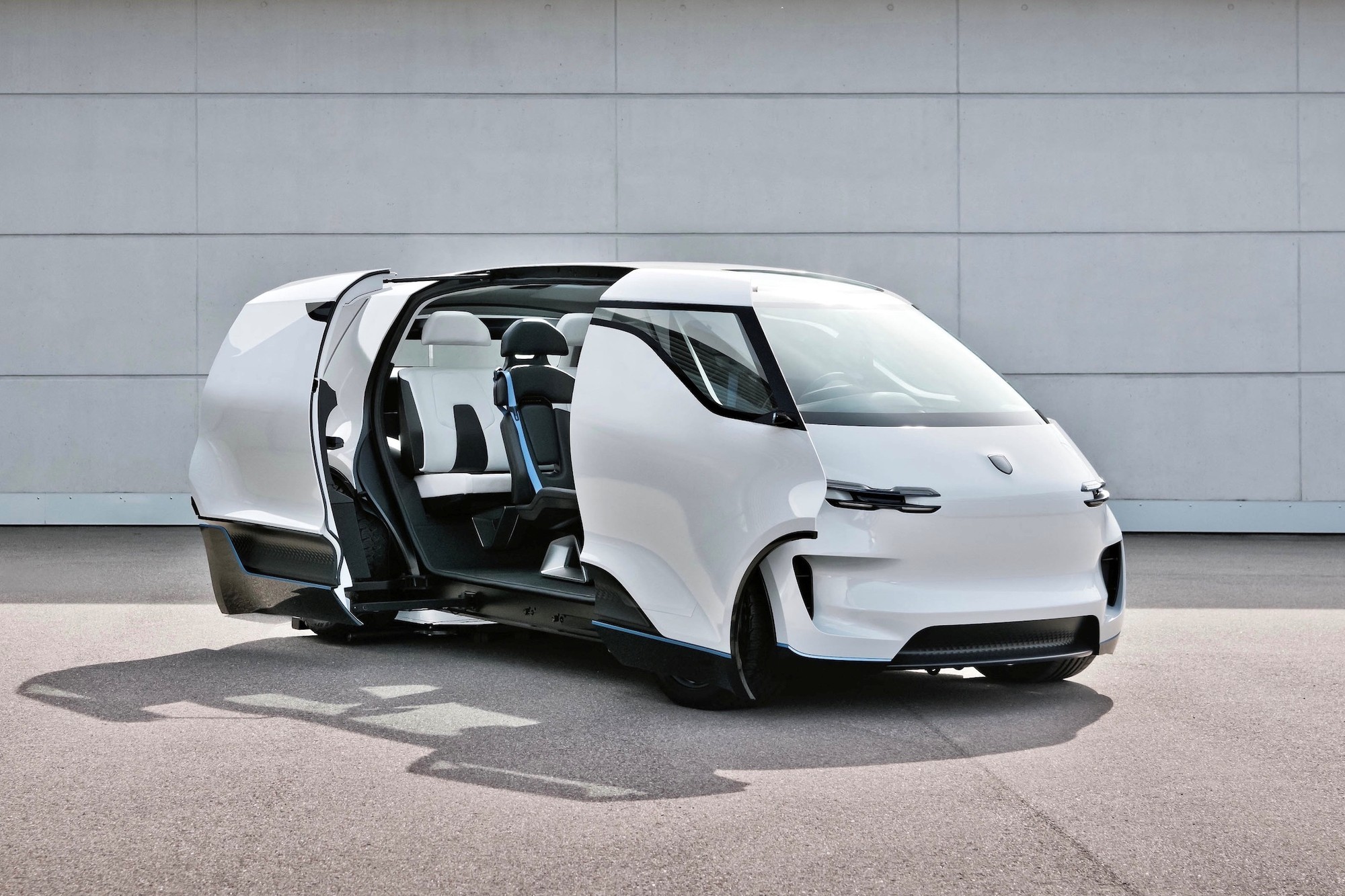 Back in 2020, Porsche unexpectedly unveiled a conceptual all-electric minivan named the Vision Renndienst. The company has now released some interior photos as well.

The prototype vehicle features an asymmetrical interior layout with six passenger seats in odd places and plenty of displays. The cabin can transform to suit your needs: for example, the driver’s seat can be turned around to face backwards when self-driving is on. It also resides in the middle of the cockpit instead of right or left.

The digital dashboard is rounded and displays Porsche’s five signature gauges. Found to the sides are two displays for second-row occupants sitting right and left from the driver. The third row is a bench for three with armrests that you can move around for convenience.

One half of the van has windows in it, while the other half is nearly free of glass. The company claims this arrangement grants good visibility while providing a sense of safety at the same time. Touchscreen panels are found on the left.

Interestingly enough, traditional handling controls and physical buttons are still there. According to Porsche, some customers prefer to drive their cars themselves regardless of how advanced their autopilot tech is, and hardware controls are much more convenient to use while concentrating on the road.

The Vision Renndienst was designed three years ago and first shown along with other previously secret prototypes during the Porsche Unseen event last fall. The exterior of the car is actually symmetric, and the design team only decided to break that symmetry when it needed passengers to feel cozy and safe – this is what the window layout depicted here seems to have achieved.