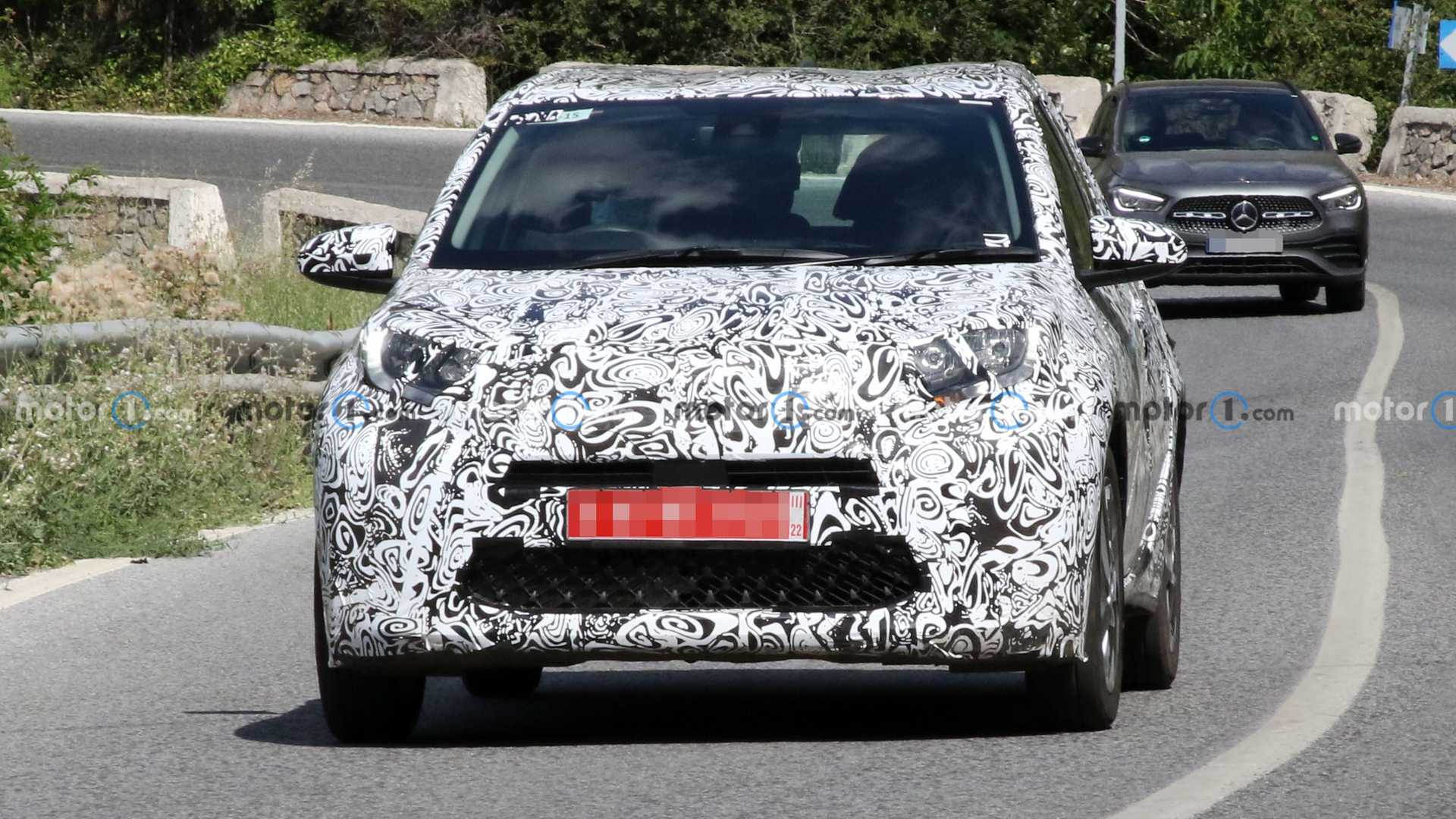 A pre-production example of the new Aygo was first spotted on the roads this winter, and in March, Toyota officially confirmed working on it. Some new photos were made this week, so let’s have a look.

The compact car is still too shy to drop its clothes, but the body and the headlights look production-ready at this time. Despite the camo, one can discern the taillights being identical to the old design.

Just as expected, the new Aygo takes after the X Prologue Concept introduced earlier (see video). The similarities are especially obvious if you look at the rooflines and the short overhangs. Earlier rumors had claimed that the next-gen Aygo might change its body style from hatchback to crossover SUV, but this appears to be not the case.

Underpinning the new generation is the GA-B platform also used in the new Yaris and Yaris Cross models. Powertrain-wise, we expect a choice from a few fuel-efficient, but not electrified ICE engines.