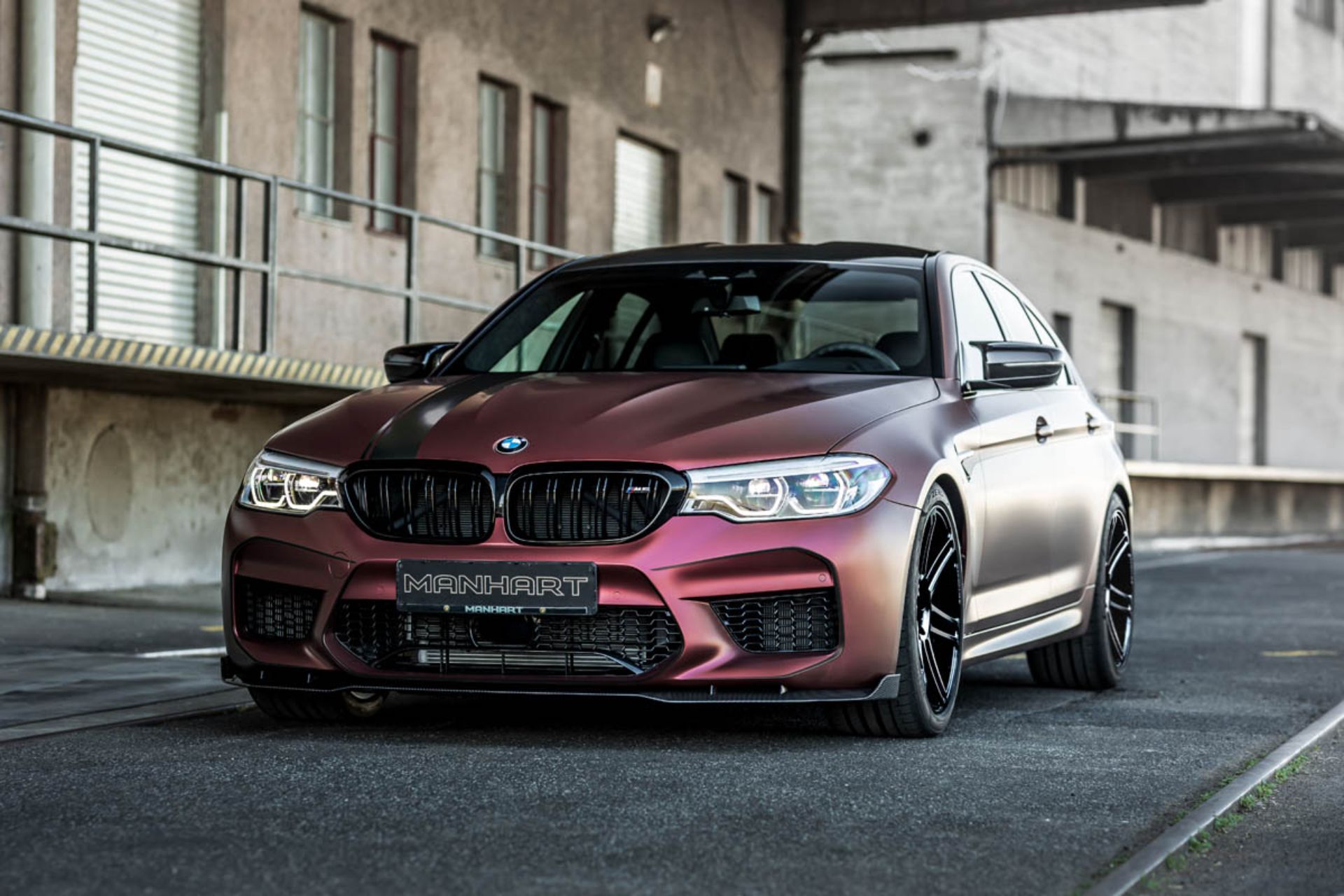 Around three years ago, Manhart released a tuning kit called the MH5 700 for the F90 BMW M5 (watch the video if you would like a reminder). Now, it has produced an even cooler kit for the latest-and-greatest M5 and M5 CS.

The new package goes by the name MH5 800, which reflects the amount of power the cars now produce. Specifically, Manhart rates both at 815 PS (804 hp / 600 kW) and 1,050 Nm (774 lb-ft). Included are a turbo upgrade kit, an intercooler, a carbon-fiber air intake system, a new exhaust, and the software to tie it all together. The eight-speed automatic transmission gets its own share of reinforcements to cope with the torque.

Track day enthusiasts will know to appreciate the catalyst- and particle filter-free exhaust system, which is not street-legal in Germany. H&R coil-over springs can be used to drop the ride height by up to 30 mm (1.2”), and Manhart Concave One wheels 21 inches in diameter can help shave off some weight while adding style.

Next up is a carbon-fiber aerodynamic package, which consists of a spoiler, side skirts, side mirror caps, a diffuser, and a rear spoiler lip. A ventilated hood is also mentioned, although we couldn’t locate it on the photos.

Last but by no means least, Manhart will spruce up the cabin of your precious M5 using lots of carbon fiber applications. Those interested may even go for a LED-based ‘starry sky’ ceiling, a fashion statement originated by Rolls-Royce.

The full program will set you back at least €46,045 before taxes, shipping and installation.