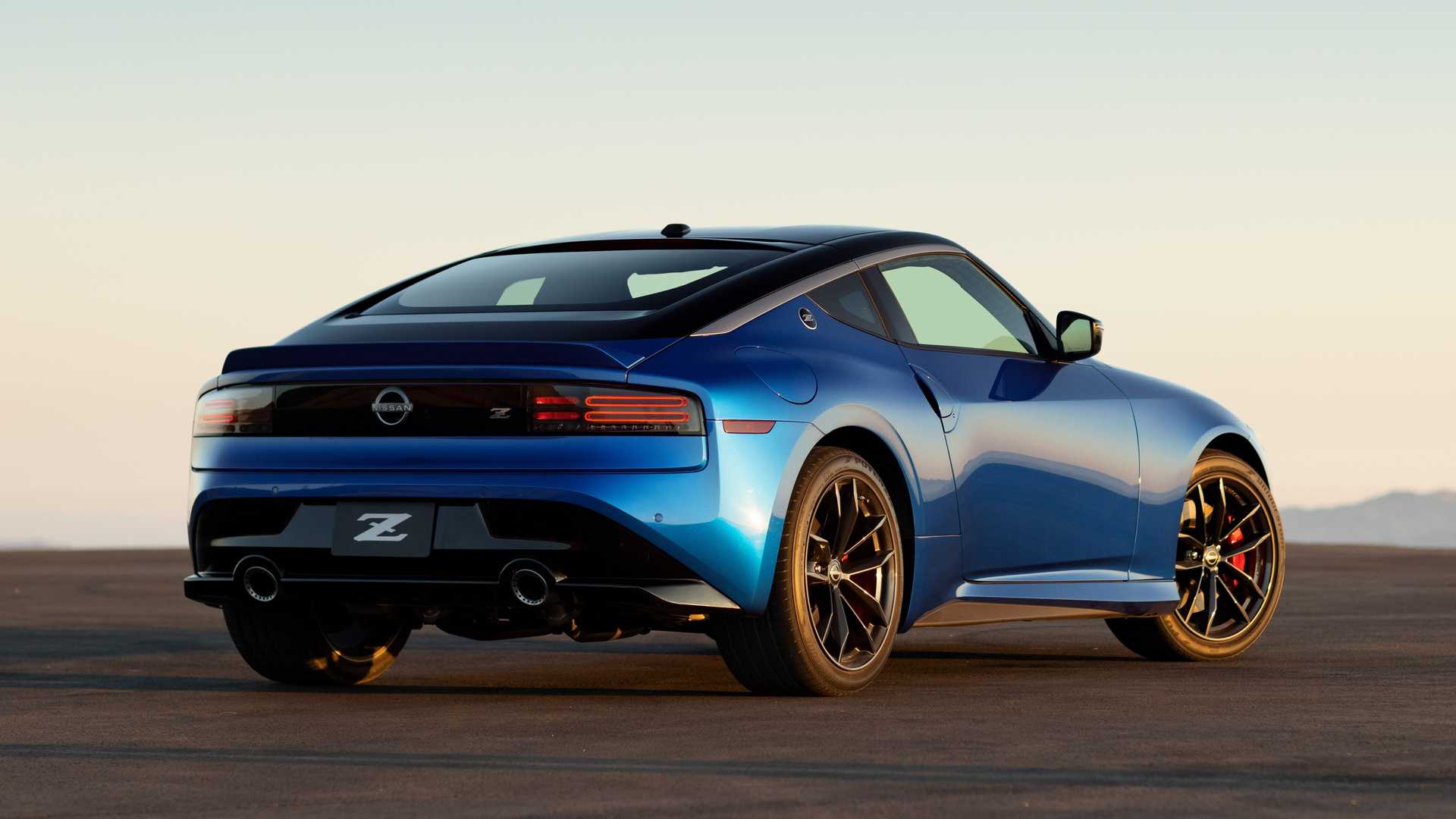 After more than ten years since the coming of the original Nissan 370Z, a replacement arrives at last. Meet the Nissan Z, a long-anticipated sports car that debuted in New York today with looks nearly identical to the last year’s Z Proto Concept and dual turbos.

The prices are pending, but Nissan mentions that the Z will be coming in two main variants named Sport and Performance, the latter obtainable in a maxed-out Proto Spec. All versions share the same nose design dubbed the Z Proto, a squared-off radiator grille and retrospective headlights. 18-inch wheels come standard for the Sport, while Performance buyers enjoy larger 19-inch rims. The exterior can be finished in nine colors, but the roof will be black no matter what.

Inside, the bucket seats imitate those found in the GT-R supercar series, but you will have to opt for the Performance spec for them to be trimmed with leather. An 8-inch sensor display comes standard, while opting for the higher trim level replaces it with a 9-inch one with sat-nav and Wi-Fi.

Car Tuning 23-06-2022
ECD Automotive Design has made a name for itself restoring and modding classic Land Rover Defenders, but the tuner’s latest project sees it working with the Jaguar E-Type for the first time on record.
Like
Comments 1
x
Feedback
Contact Form
UP