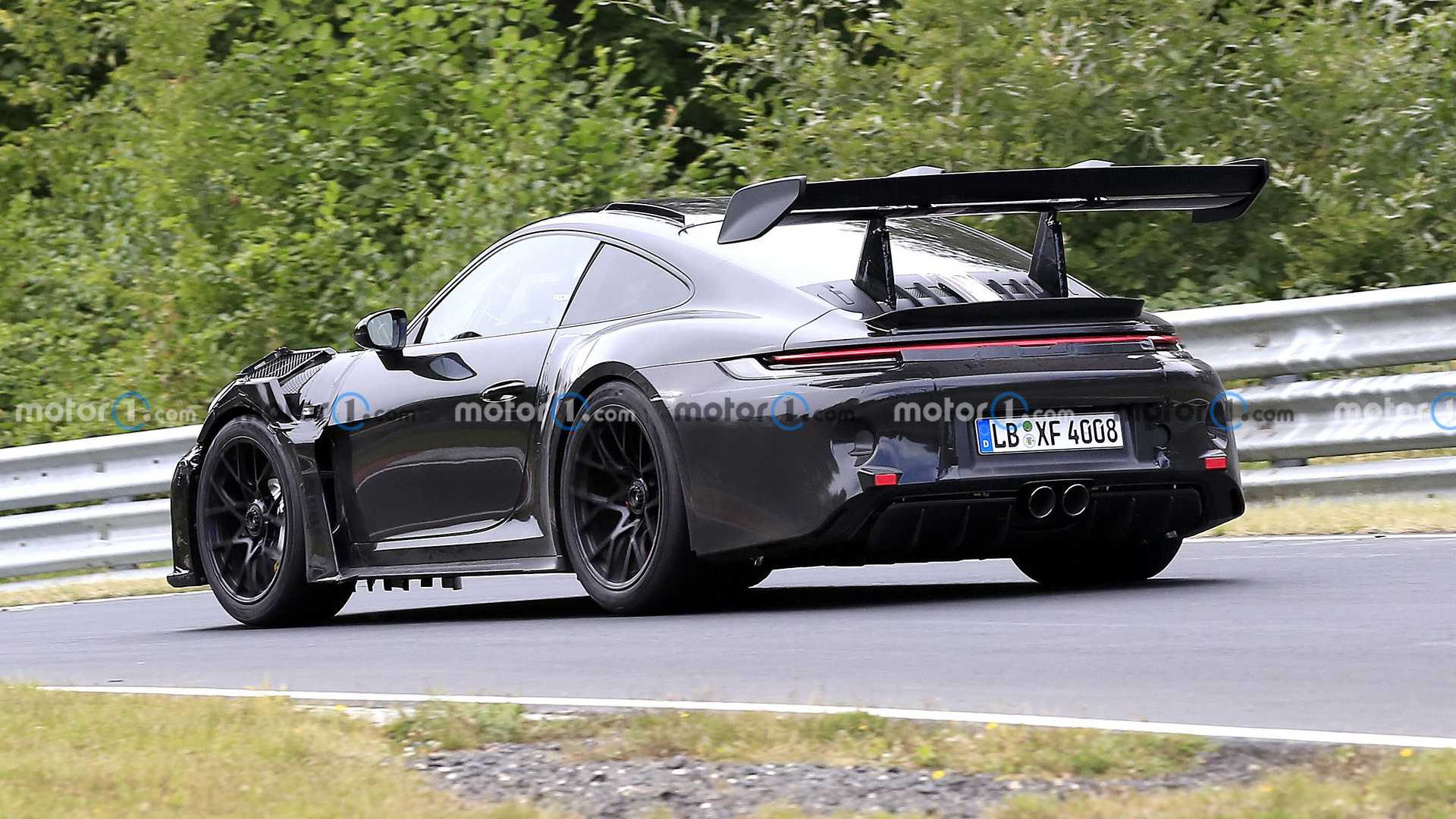 Another portion of spy shots featuring the next-gen Porsche 911 GT3 RS has surfaced online, revealing much about the car despite all the cladding.

Among other things, the photos reveal two giant air intakes in the nose and more vents in the wheel arches, although the rear ones have been taped over with black tape for some reason. It looks like the fender vents are there for brake cooling.

There also two fins on the roof that seem to lead the air stream to a giant rear wing. The wing is either active or has an active element. A massive rear diffuser houses two tailpipes in the middle.

The current-gen GT3 RS produces 520 PS (513 hp / 382 kW), but we expect the new one to be more powerful. The premiere should take place in the coming months.