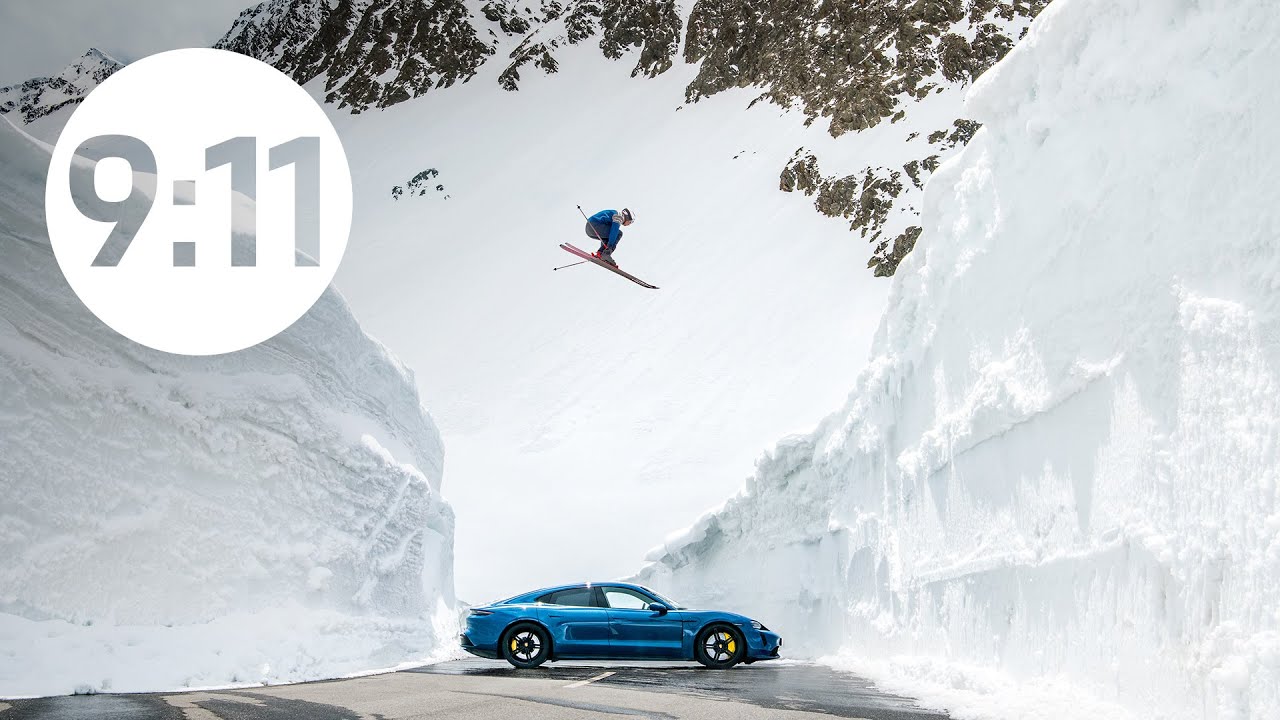 Porsche has posted a short film telling the story of reproducing the scene from a famous photo dating back to 1960. The image showed professional skier Egon Zimmermann jumping over a 356 B Coupe parked between two steep snowy slopes.

The original photo was taken by Hans Truöl and called Der Sprung (“The Jump”), with a subtitle that could be translated as “Cut Path”. It was made near the Zürs Ski Resort in Austria shortly after an avalanche descended on the road and emergency services managed to cut a narrow path through the snow. Truöl was mostly known for his street, candid. and winter sports photos.

The new interpretation of the photo features Olympic champion Axel Lund Svindal and an electric Porsche Taycan Turbo. The video additionally features Egon’s brother Karl Heinz and his nephew Mikael. Both witnessed Svindal’s stunt jump standing alongside the Porsche CEO. The footage shows the jump from various angles, but the company chose to publish only a single photo made from the exact same angle as six decades ago.

Strangely enough, Porsche neglected to mention the location of the shooting and the distance covered by the skier while airborne.