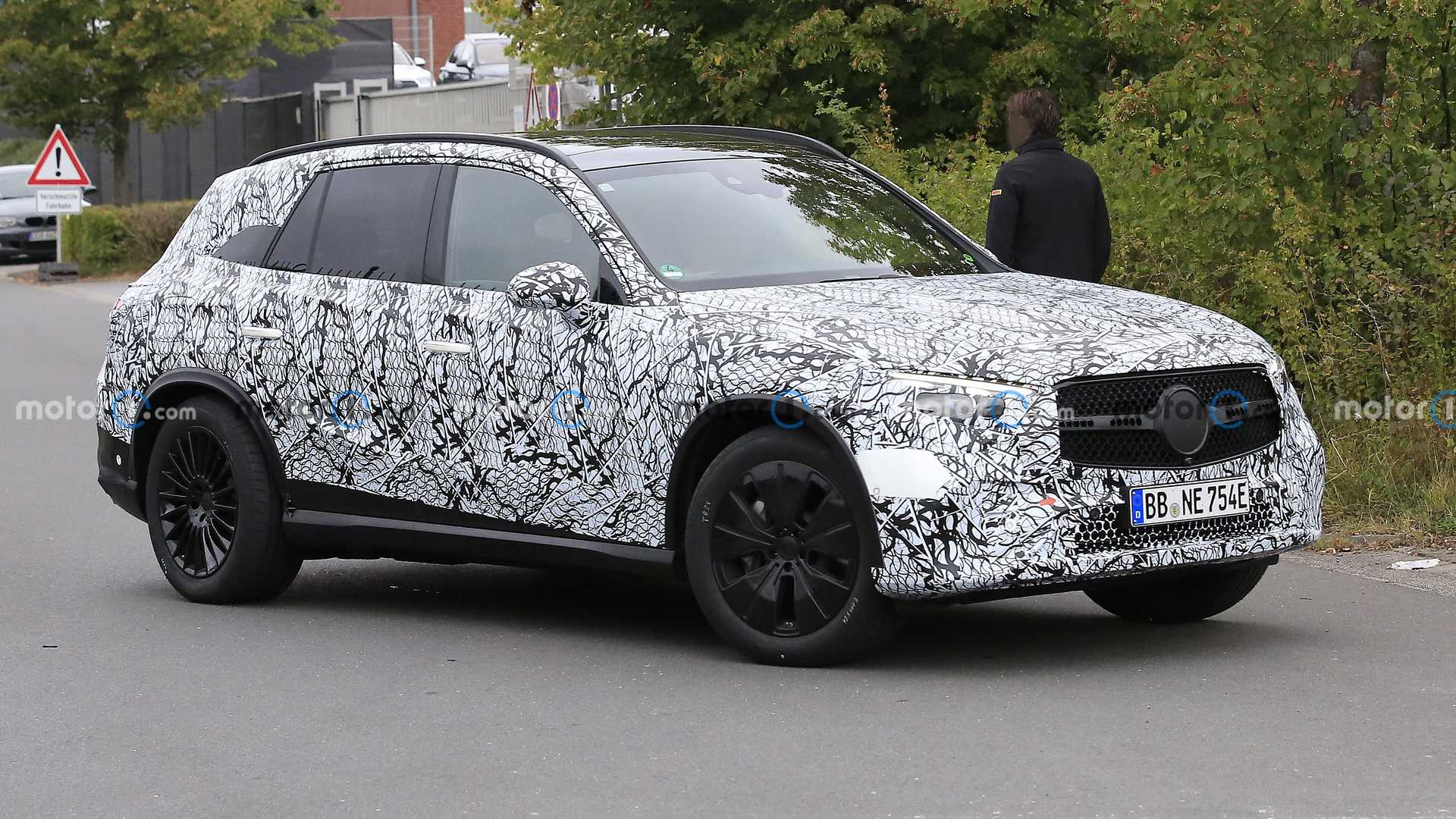 Four-wheel steering technology actually emerged in Japan in mid-80s, but it never took off, and automakers had ignored it for the next few decades. Mercedes took things to a new level with the re-introduction of the tech on its S-Class, EQS and, to a lesser extent, C-Class. It now looks like the GLC will be next in line to get it.

These recently made spy photos depict a test vehicle with its rear wheels turned slightly to the right and its front ones, slightly to the left. This corresponds to the RWS system working at slower accelerations. Floor the pedal, go around a corner at 60 km/h (37 mph) or faster, and it will turn all four wheels in the same direction instead.

The most useful effect here is tighter cornering, which can be extremely useful in cramped urban environments. It also makes the car more stable in turns.

Aside from the above, the new GLC appears to have its final production body and lights, which implies that the premiere could be right around the corner. Mercedes has not revealed much about the car yet, mentioning only that it would ship exclusively with four-cylinder engines.