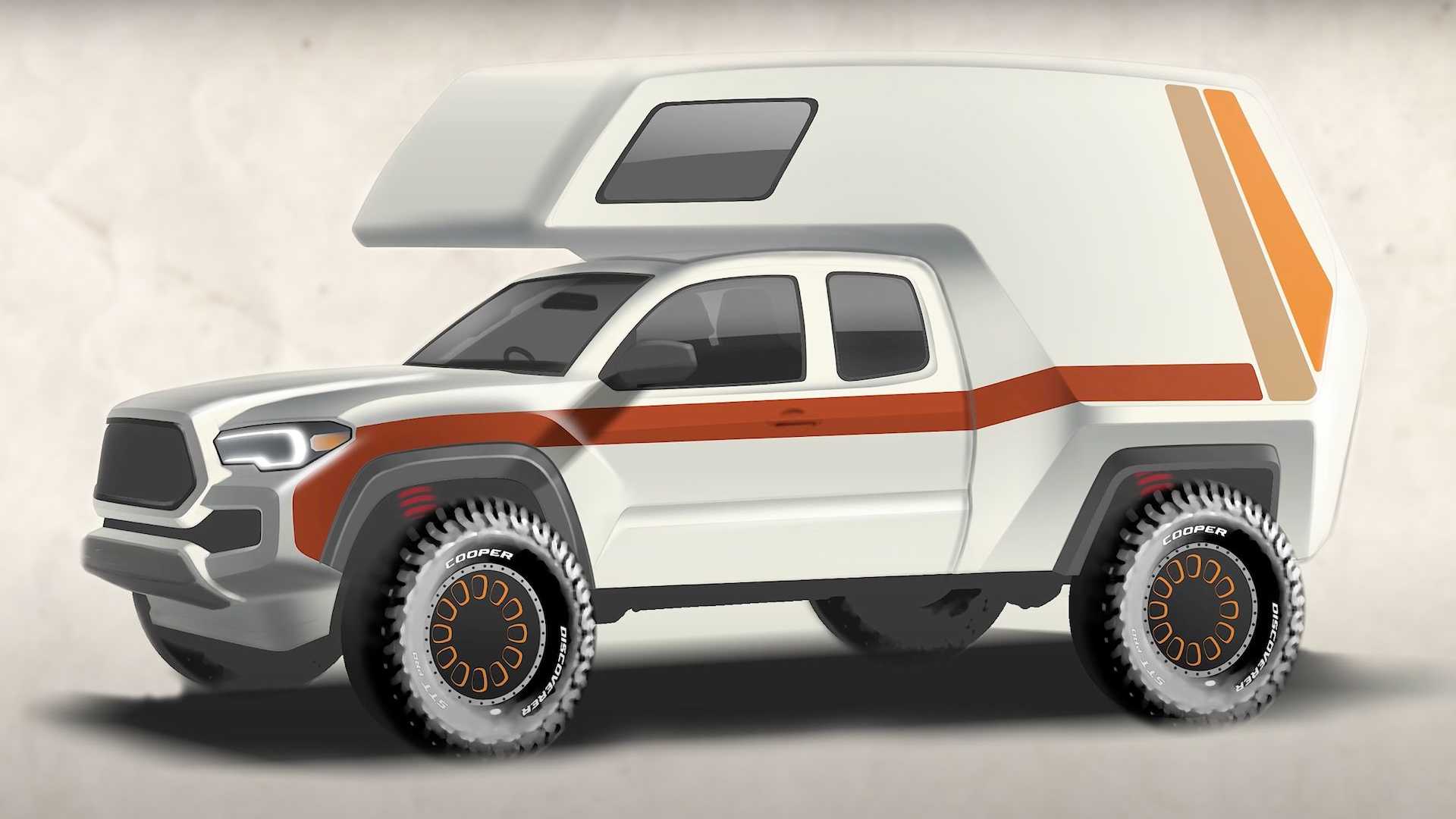 Toyota RVs built in cooperation with Chinook were highly popular in the 1970s and 80s, and you still find a functioning example nowadays for just $12,000 or $13,000 USD. But if you would rather have something new and modern, look no farther than this Tacozilla Concept set to debut at this year’s SEMA show.

The teaser pic is but an early visualization of the camper, but the company promises to make the show car more stylish and aerodynamic. It consists of a living module mounted on a Tacoma TRD Sport chassis. The off-road-capable truck has manual transmission and offers everything needed on a journey, including multiple beds, a dining table, a kitchenette and even a toilet.

Production prospects remain vague, but the demand for such campers is high enough to warrant a release.