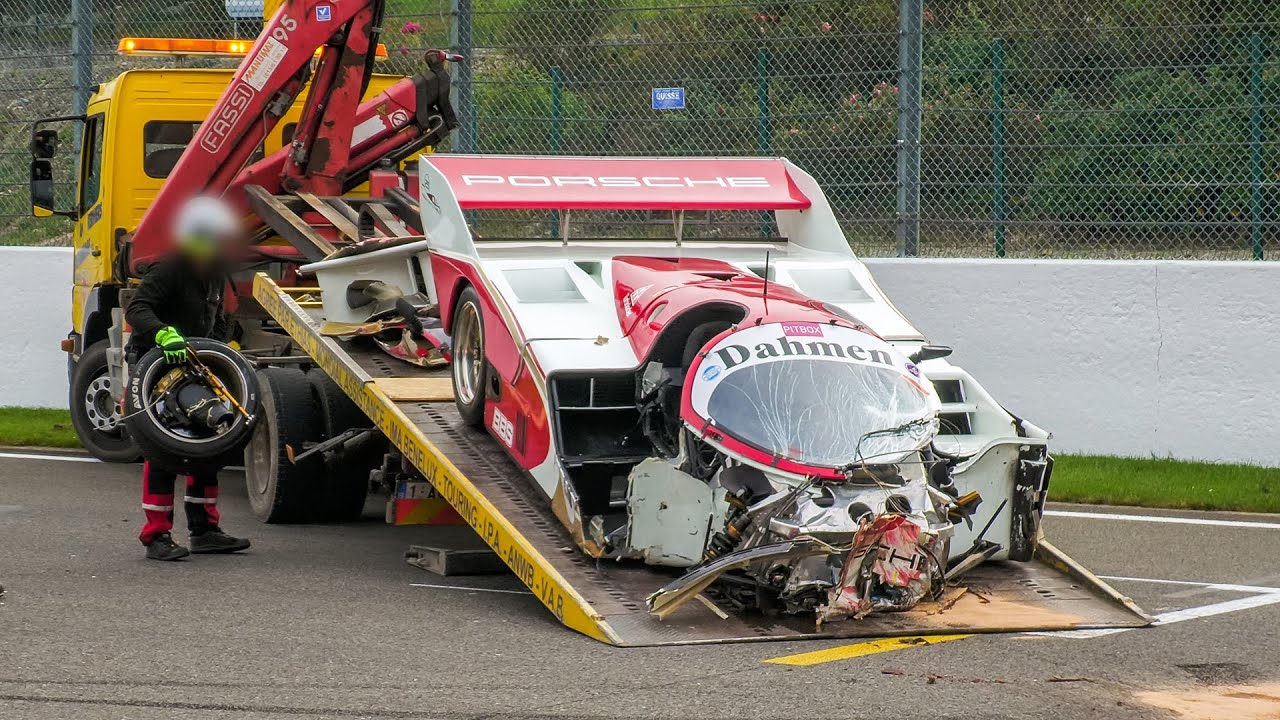 It remains a mystery why the rare supercar suddenly veered out of control and slammed headfirst into a barrier on the Spa Francorchamps Circuit in Belgium.

The footage shows a Porsche 962C worth around $1,200,000 losing traction after its rear axle starts skidding inexplicably on a straight section of the track. Moments later, the vehicle slams into a barrier. The driver is able to get away with only minor injuries, but the car could be a write-off.

The incident occurred at a rather low speed of around 100 km/h (62 miles per hour). The nose of the 962C appears ruined, but the cockpit seems to be whole, so an expensive restoration might be able to bring it back. As for the reasons, driver error and sudden car breakdown look about equally likely to us.

Porsche created its 962 model in the first half of the 1980s to phase out the 956. The new supercar came equipped with a three-liter turbo six-cylinder and scored multiple racing victories. According to some sources, the total production volume was fewer than 100 units.