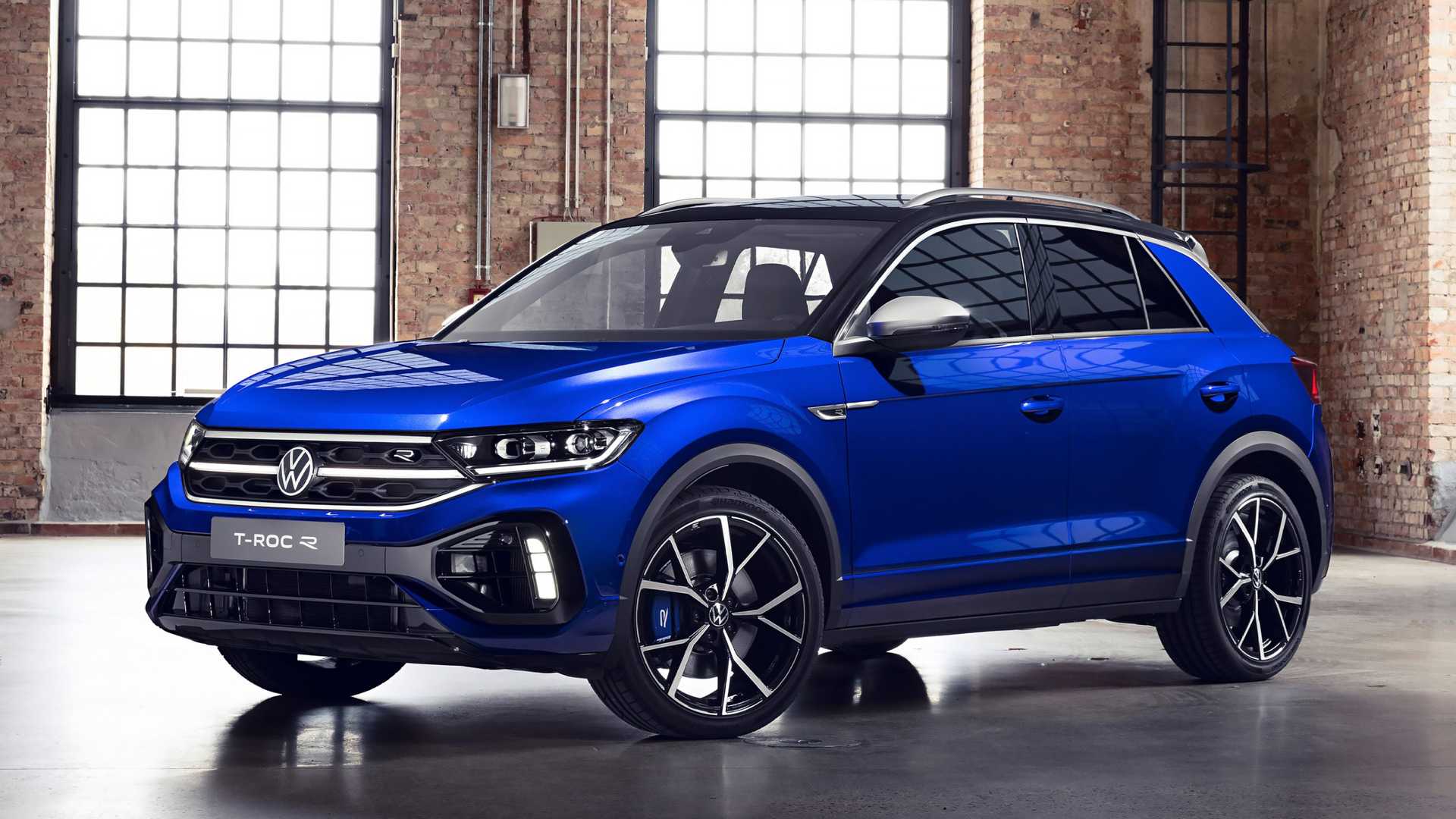 The T-Roc model that Volkswagen introduced four years ago has now received its first mid-life update. The crossover SUV, the cabriolet and the R performance spec all benefit from it.

Starting from the outside, there is a redesigned radiator grille, as well as new headlights and bumpers. LEDs are included in the base spec, but buyers can pay extra for Laser LEDs and dynamic blinkers.

By default, all trim levels ship with a digital dashboard and an infotainment display sized up to 9.2 inches (top spec). MIB3 continues in its role of operating system, but Volkswagen claims that voice recognition has been improved. The steering wheel with its touch-sensitive controls is likewise new, as is the HVAC control panel.

Speaking of driver nannies, there is an advanced cruise control now operational all the way up to 210 km/h (130 miles per hour) and a smart parking assist.