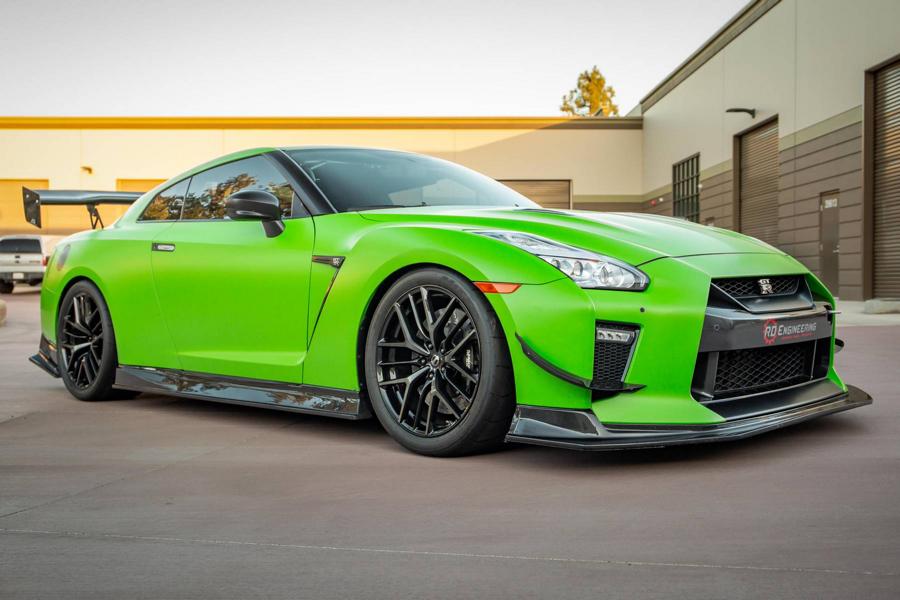 Tuning the R35-gen Nissan GT-R seems all but overdone now with countless builds worldwide sporting all possible combinations of mods. But one should never say never: this particular Godzilla is special in more ways than one.

The seller claims they have invested around $70,000 into the project. As impressive as the amount sounds at first, it is not hard to see where it went. For one, there is a full APR Performance body kit with a giant rear wing, a shrill green wrap, and all-new suspension.

The interior houses two Sparco bucket seats, a robust-looking safety cage and all the equipment you could wish for, including infotainment and climate control. The rear bench is also conspicuously not absent. Perhaps the owner wanted to daily his GT-R track tool.

Then again, with enough power you can compensate for a bit of added weight. This particular build centers around a pair of RDE800 turbos, a CSF compressor, a track-ready fuel injection system, and a similarly advanced intercooler. Running on ethanol fuel, the Godzilla slams the wheels with 850 PS (838 hp / 625 kW), and it still makes 700+ PS (690+ hp / 515+ kW) on regular gas.

During a recent auction, the car attracted a top bid of $92,000, but failed to meet the reserve.