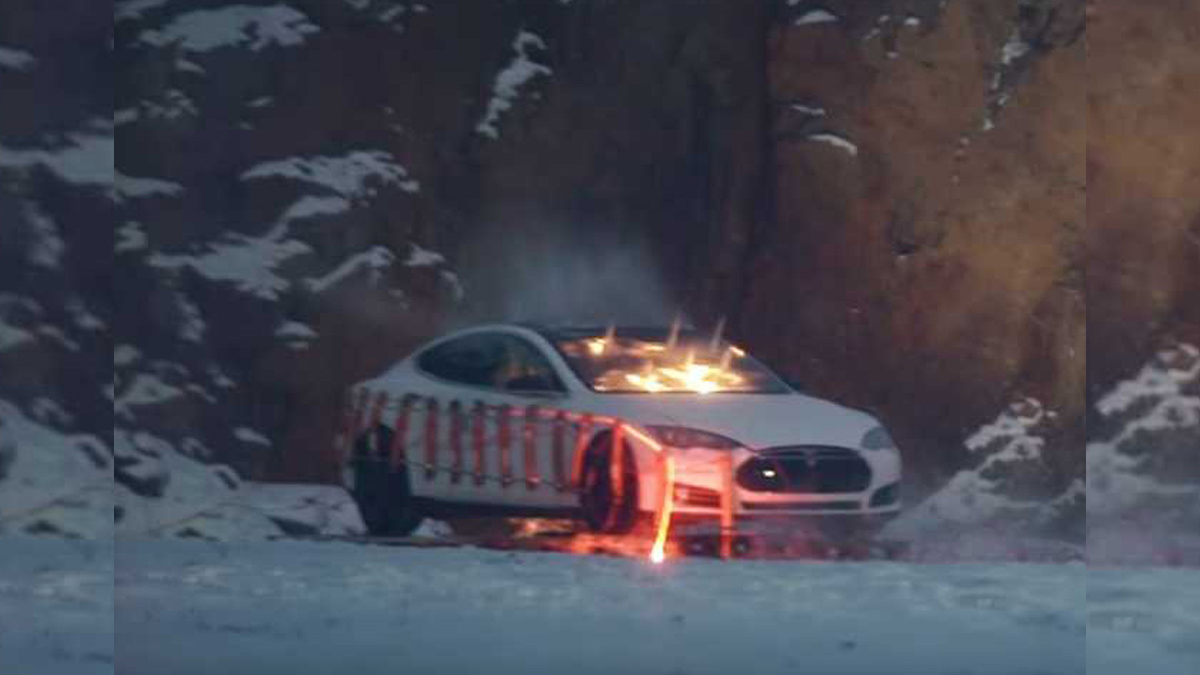 Tuomas Katainen, from Finland, has published some explosive footage from his farewell rendezvous with a 2013 Tesla Model S, which included putting an Elon Musk doll inside the cabin and 30 kilos (66 lbs) of dynamite around it.

Actually, the irate driver went as far as to drop the Musk doll from a helicopter prior to blowing it up along with the car, because he got tired of its incessant problems. For the first 1,500 kilometers (930 miles) or so, things went relatively smoothly, but then one breakdown followed another in quick succession.

Tuomas ultimately had to tow his ride to a service center and leave it there for an examination, which took nearly a month. Frustratingly enough, a Tesla representative said fixing the car was impossible without a complete battery replacement, which would cost €20,000 or more. The fact that the car was out of warranty at the time did not help matters. Tuomas did not specify whether he bought it new or used.

He did, however, make up his mind on how he would like to see it go. He towed it to an abandoned quarry and lined it with dynamite charges. Multiple cameras were used to film the explosion from different angles. According to Katainen, seeing the Model S go down like that made him the happiest he ever was since buying it.