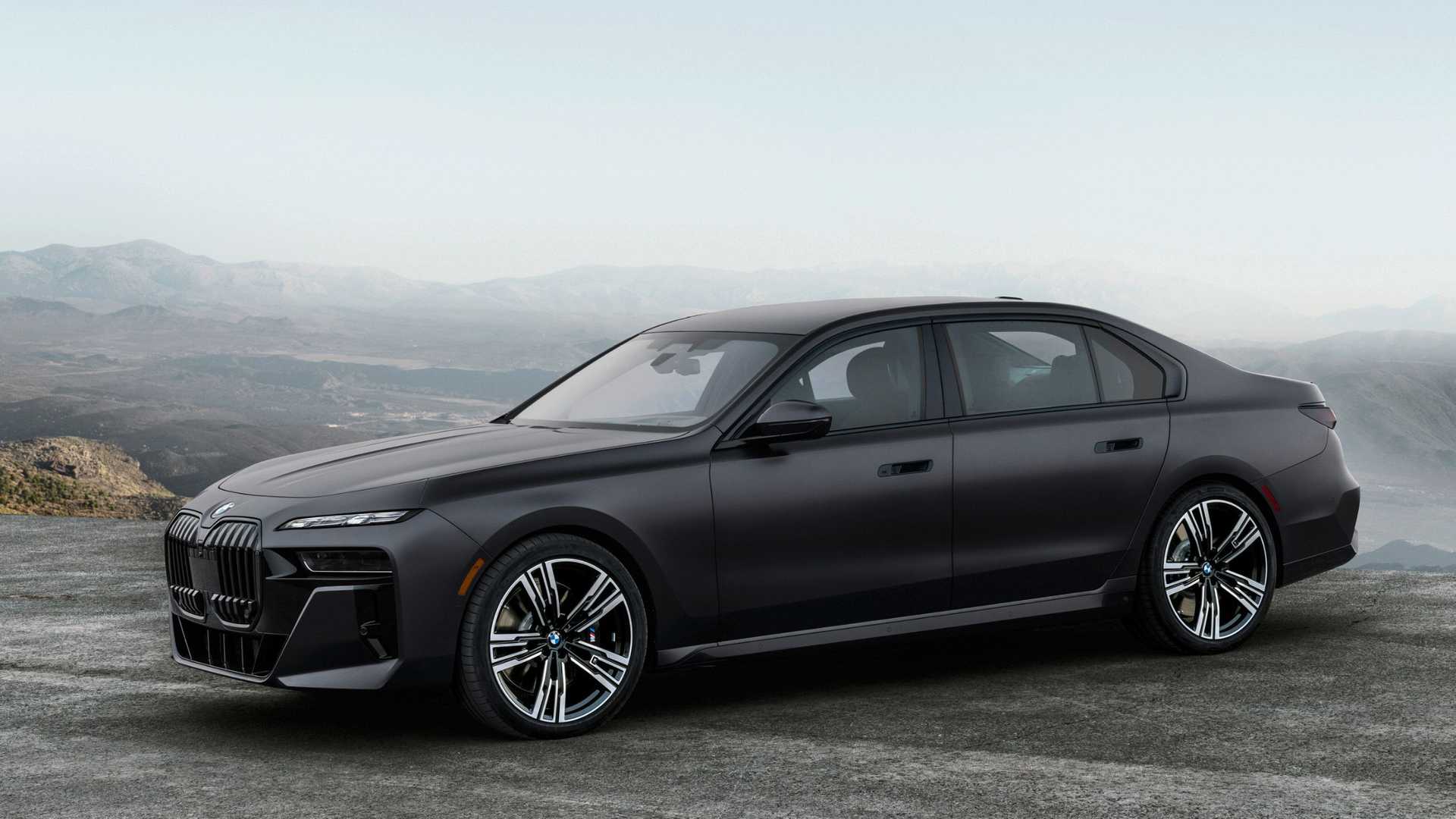 The seventh-gen 7-Series sedan has debuted simultaneously in Munich and New York City.

The new 7-Series boasts a drastically different design of both the exterior and the cabin compared to the previous generation. The interior now houses a single curved display spanning much of the dashboard, powered by the iDrive 8 system. Then again, we have already seen it on other recent BMWs. What is truly new is another display sized larger than 31 inches, which is mounted on the ceiling and flips down automatically whenever someone in the rear seat row wants some entertainment.