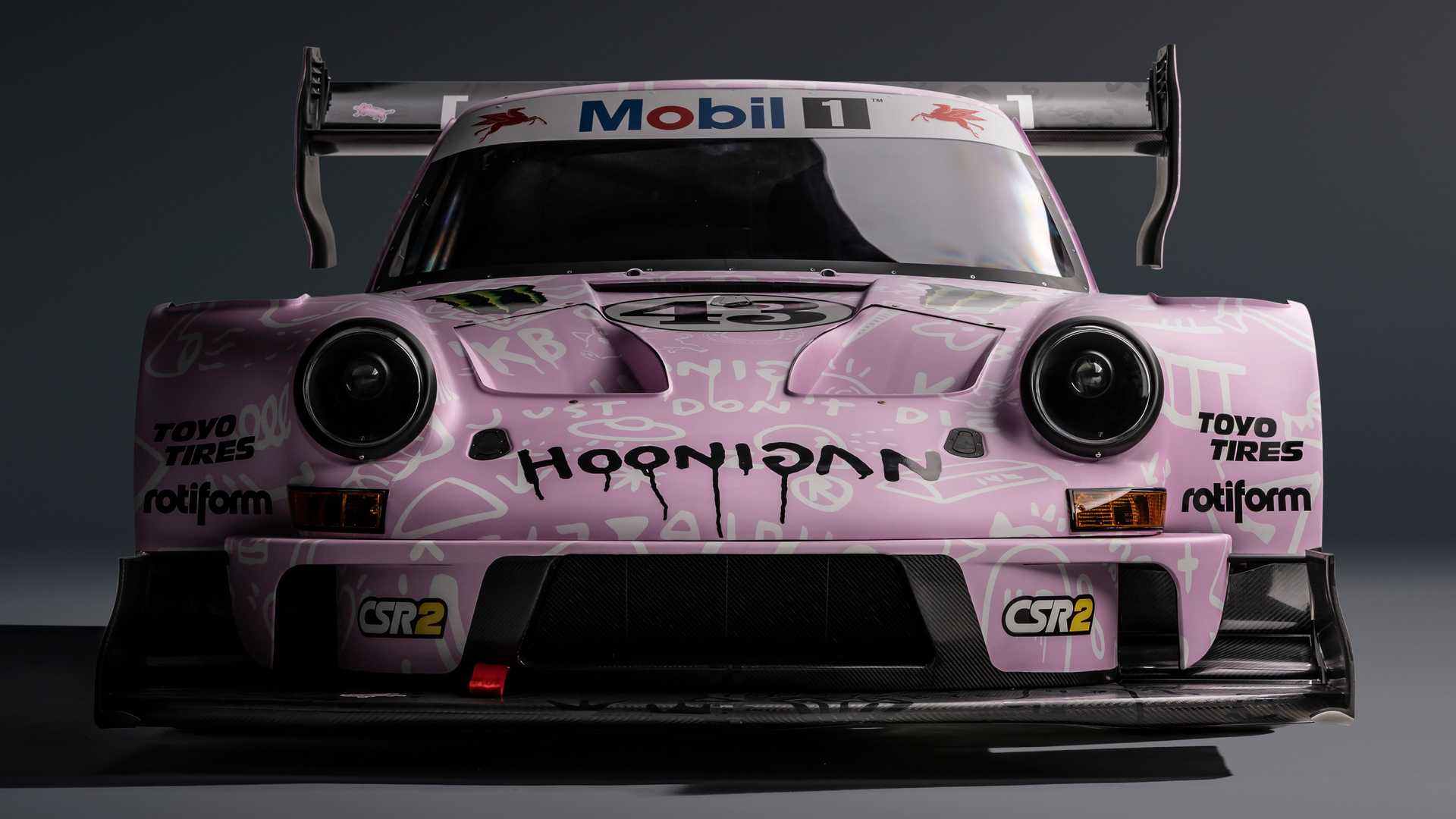 Hoonigan Racing Division has teamed up with BBi Autosport to bring a 56-year-old Porsche 911 back to life – and much, much more.

Ken Block used to drive a Ford Mustang Hoonicord back when he still worked with Ford. He then partnered up with Audi and switched to the all-electric S1 e-tron Quattro Hoonitron (see video). He is still working with VAG, but found that he needed a capable Pikes Peak racer, so produced a 1966 Porsche 911 for the task.

The team then put an original body kit on the car along with a special pink livery that referenced the formidable Porsche 917/20 “Pink Pig” from the 1971 Le Mans race. The modded car will take part in the 20-kilometer (12.42-mile) long hill climb race in Colorado in June.

Dubbed the Hoonipigasus, it comes outfitted with adjustable suspension and a sophisticated electronic system aware of GPS data and the telemetry gathered from the last year’s participants of the race. It remains to be seen whether it manages to use the data to the advantage of its user.

Power for the wild Porsche comes from a four-liter flat engine boosted to nausea-inducing 1,400 PS (1,381 hp / 1,030 kW). The car features a mid-engine layout with the engine situated within the wheelbase at the rear axle.