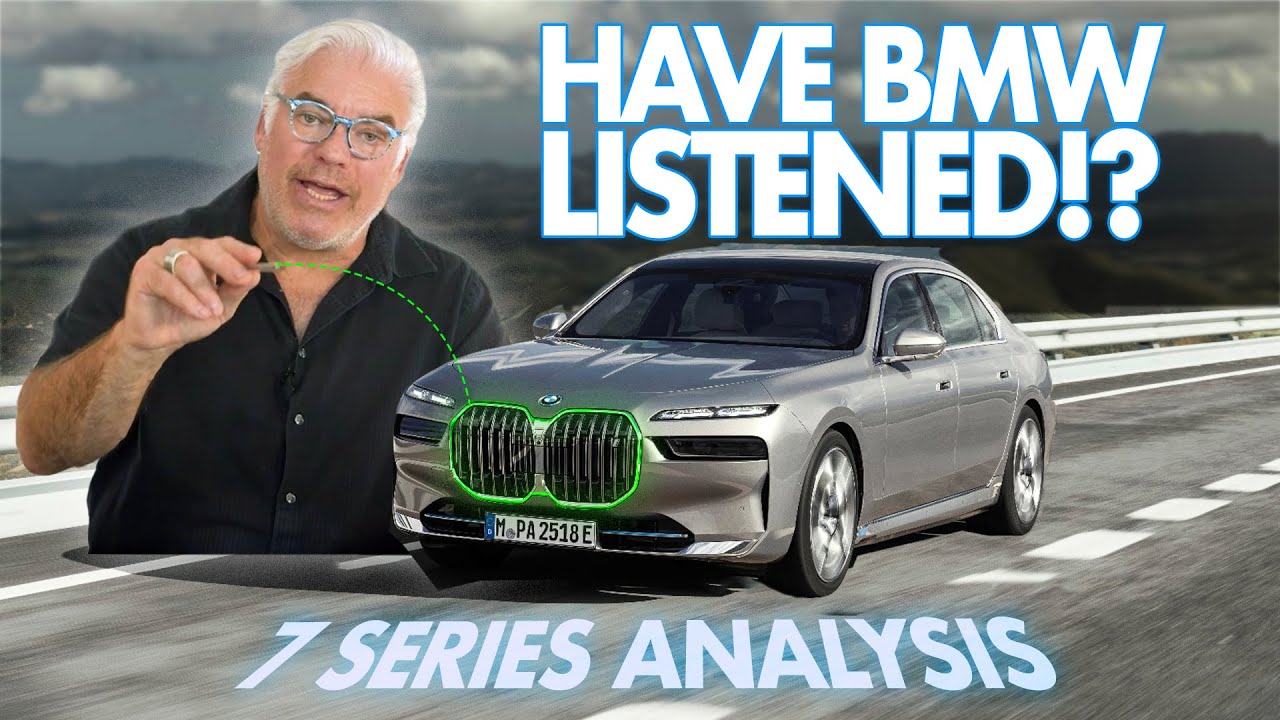 Frank Stephenson has shared his expert opinion regarding the design of the new 7-Series. The renowned designer posted a 20-minute long video on YouTube in which he shared his findings and considerations.

The review is quite detailed and covers the front end, the sides, the rear end and the overall design of the luxury sedan. To illustrate his point, Stephenson showed a few 3D renderings of the BMW 7-Series reimagined with other stylistic decisions.

Overall, though, the designer praised the exterior of the flagship saloon, even venturing as far as to call it the most coherent and deluxe 7-Series generation so far. Speaking about particular highlights, he mentioned sleek molding-free sides.

The front end, predictably enough, drew the most criticism with Stephenson claiming that the grille should have been seriously downsized and the headlights steering clear of the two-tier design.

He also noted that the rear license plate installed at the lower apron breaks the trunk line, and had nothing good to say about the infotainment display.

Back in his BMW days, Frank Stephenson designed such cars as the first-generation BMW X5 and the MINI hatchback. He also participated in designing the Ferrari FXX, F430 and 612 Scaglietti, the Fiat Bravo, Punto and 500, the Maserati GranSport, Gran Turismo, MC12 and Quattroporte, and nearly all contemporary McLarens.