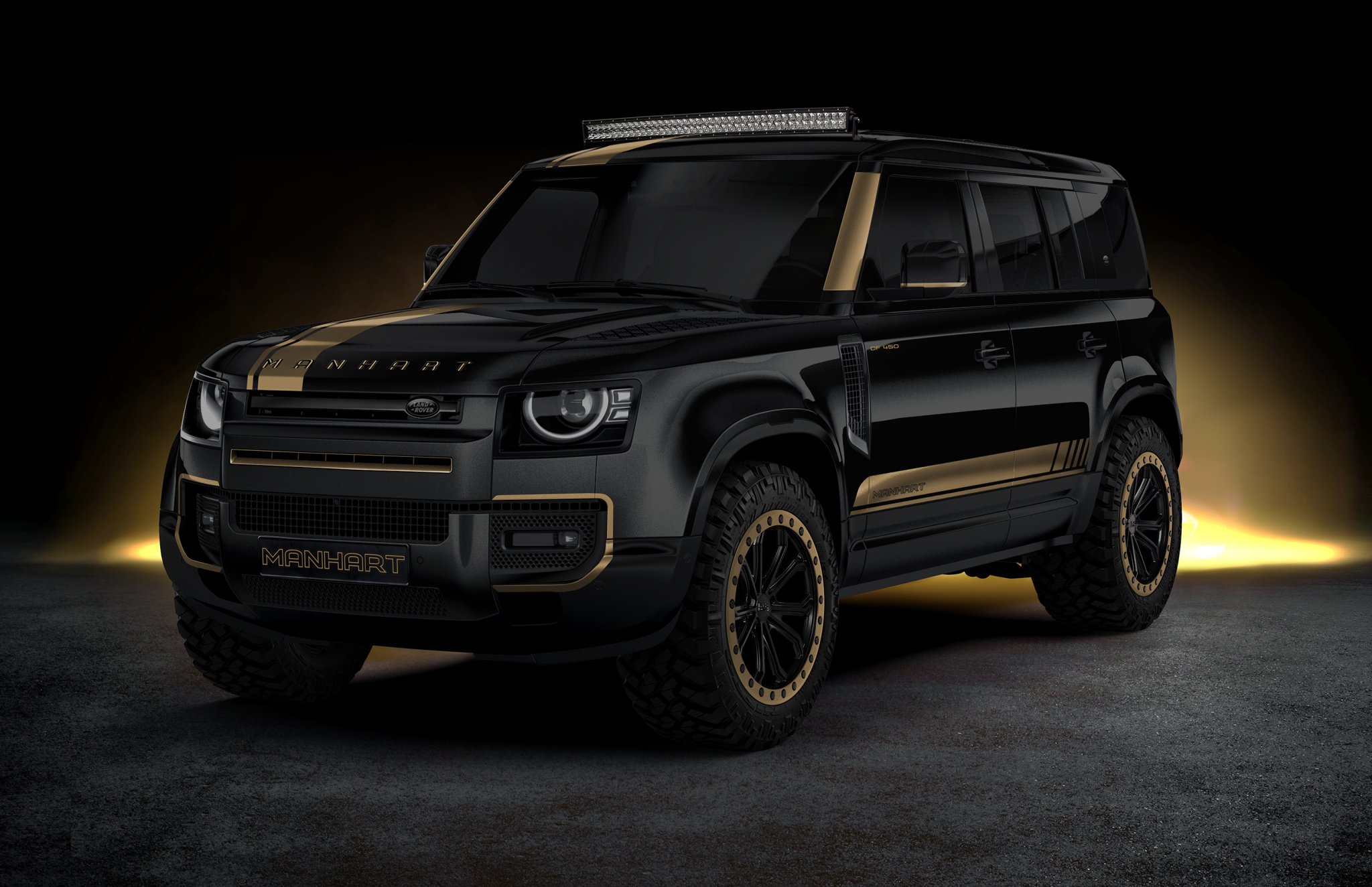 The tuner team over at Manhart unveiled a 500-horsepower variant of the Land Rover Defender D400 a year ago (see video). Now, the company revealed another similar project based on the latest Defender.

In its cheapest form, the new Def comes equipped with a 2.0-liter turbocharged four-cylinder engine pumping out 300 PS (296 hp / 221 kW). The tuner installs a host of performance components to drive it to 450 PS (444 hp / 331 kW). Note that the stock Defender V8 still outperforms this custom version thanks to its five liters of supercharged displacement and 525 PS (518 hp / 386 kW).

On the outside, you will easily recognize the SUV by its black-and-gold livery and added off-road equipment. The 3D renderings reveal a roof-mounted light bar, a snorkel for wading water, a bulky bull bar, a metal under shield, and a winch. There is also a new rack on the roof with a handy access ladder, and the stock air suspension appears slightly lifted.

Manhart has not yet posted any live photos or videos, but would-be buyers are encouraged to make their move now and pre-order, because the production amount is strictly limited.