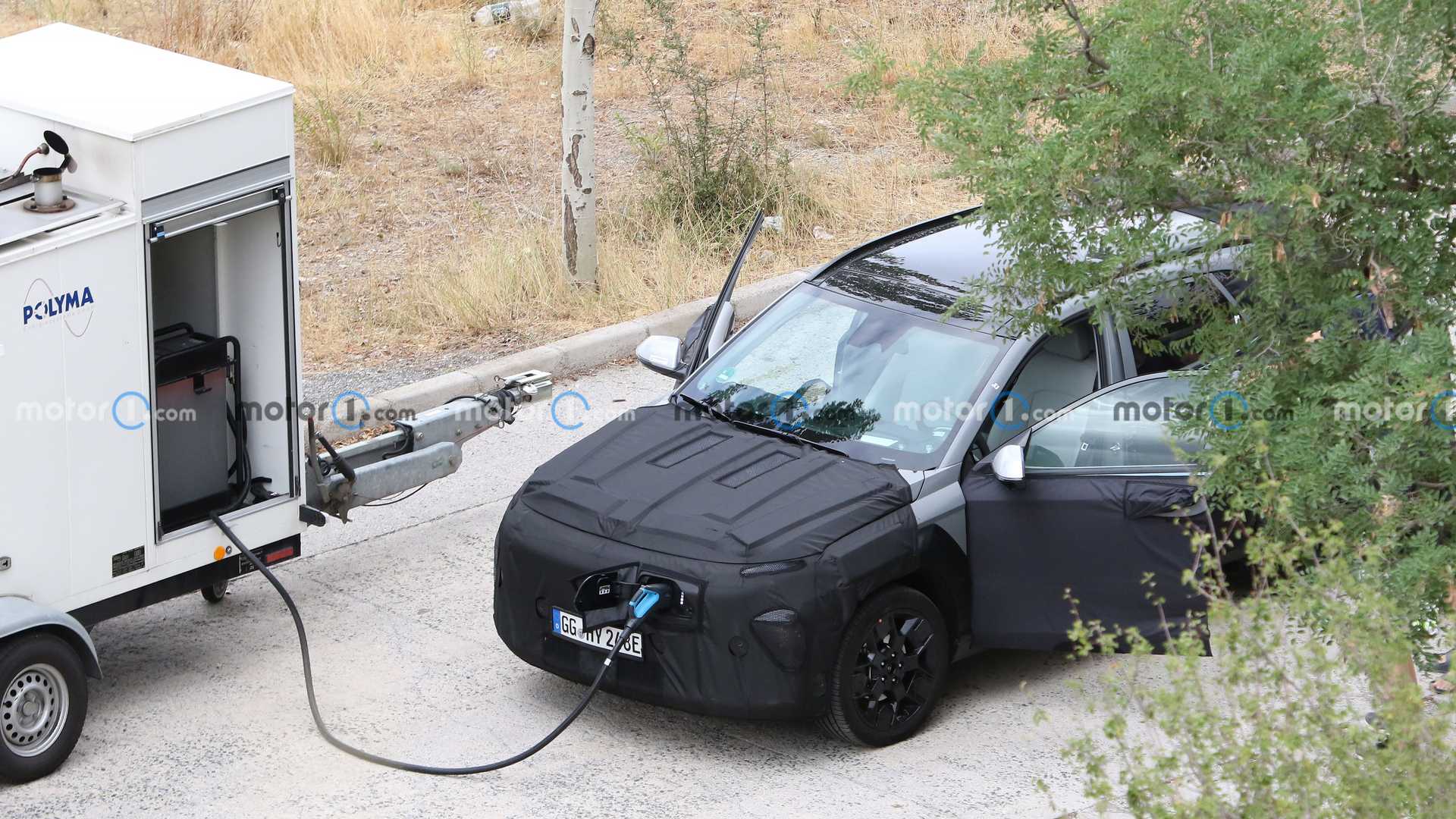 The next iteration of the Hyundai Kona Electric is only coming in 2023, and although the car has been repeatedly spotted on the streets since February, it continues to be heavily cladded.

The latest batch of photos in the gallery below shows the electric SUV towing a small trailer. There is very little to see due to all the wraps, but at least it is clear now that the charging port resides at the front.

Other than that, the new generation should inherit some of its design traits from the Hyundai Tucson. Drivetrain details remain to be revealed, but rumors say it will pack a single electric motor with 204 PS (201 hp / 150 kW) and a battery pack rated at 68.4 kWh.

Browse to the end of the gallery to see the cabin with its merged dashboard and infotainment displays. Hyundai hasn’t announced the premiere yet, but we hope the car loses at least some of its disguise before the launch.